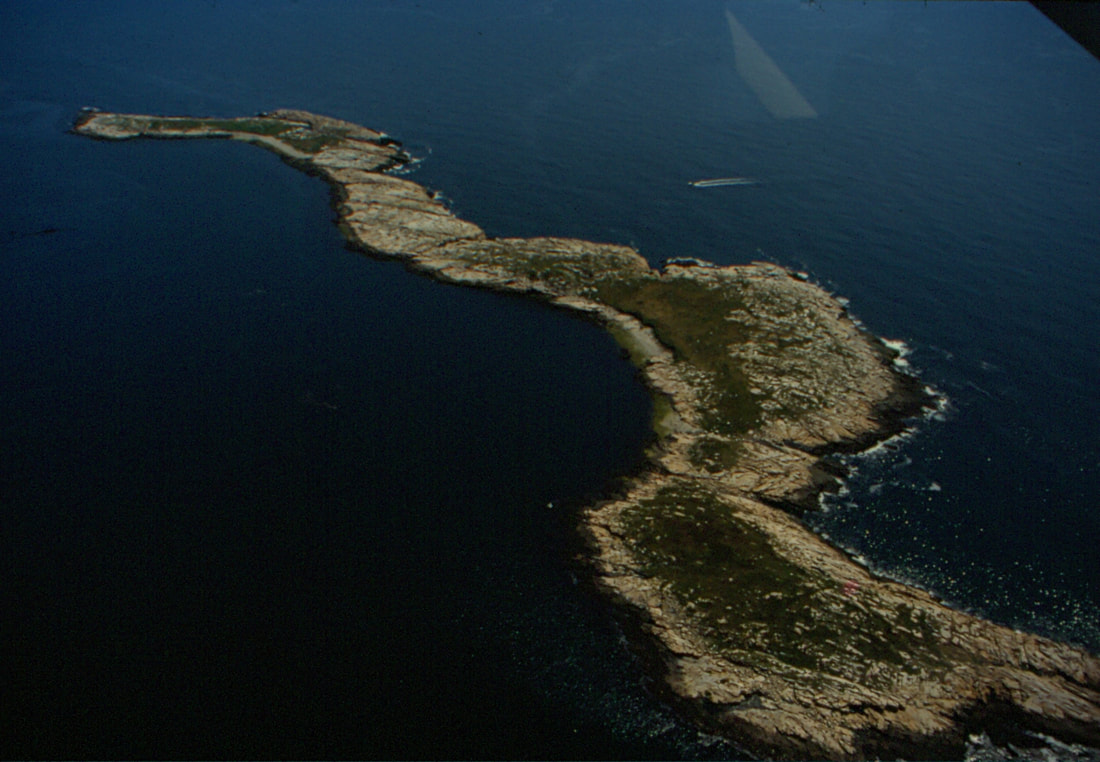 Vinalhaven Seal Island,
Here I try to give you some idea of what you will, and or might see on a trip to Seal Island. more  of the same that was on the homepage but different mostly

​Seal Island is 9 miles SE of Vinalhaven Island, it takes  little more than an hour to get down there in my 36' Jarvis Newman "SKUA"
​
there are many photos that I have taken during trips to Seal Island over the last several years at ​http://sightingsfromskua.blogspot.com 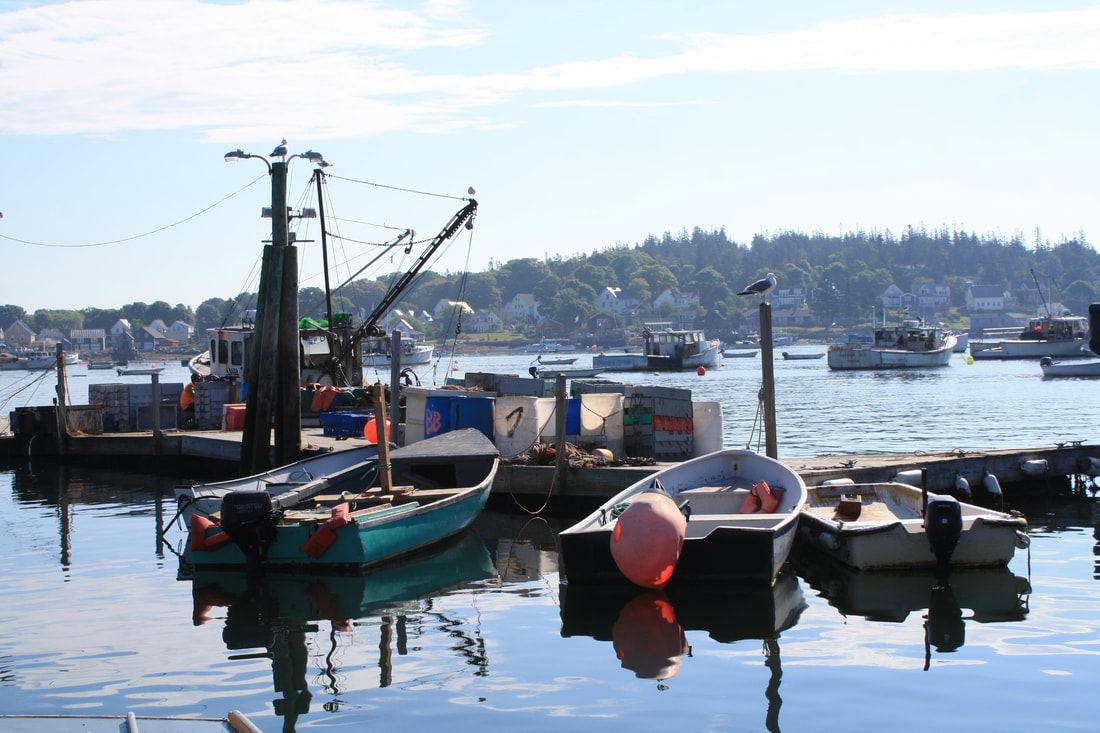 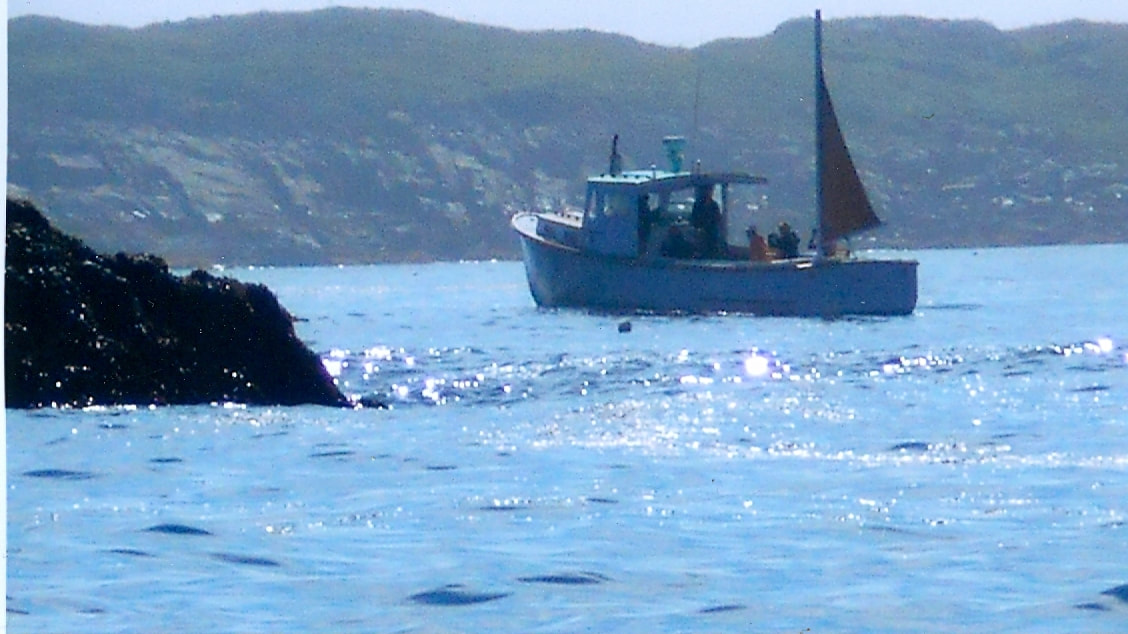 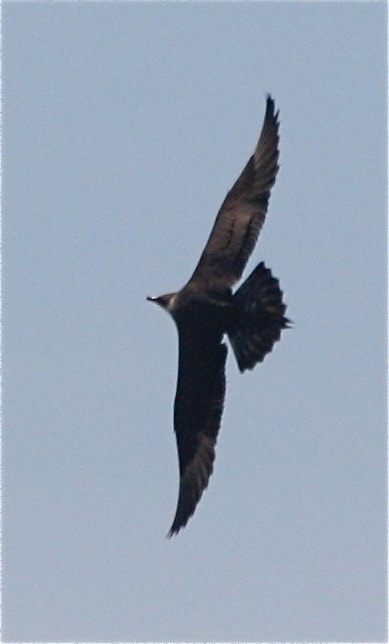 An Arctic Skua, name sake of vessel, aka Felonius Skua, or parasitic jaeger. 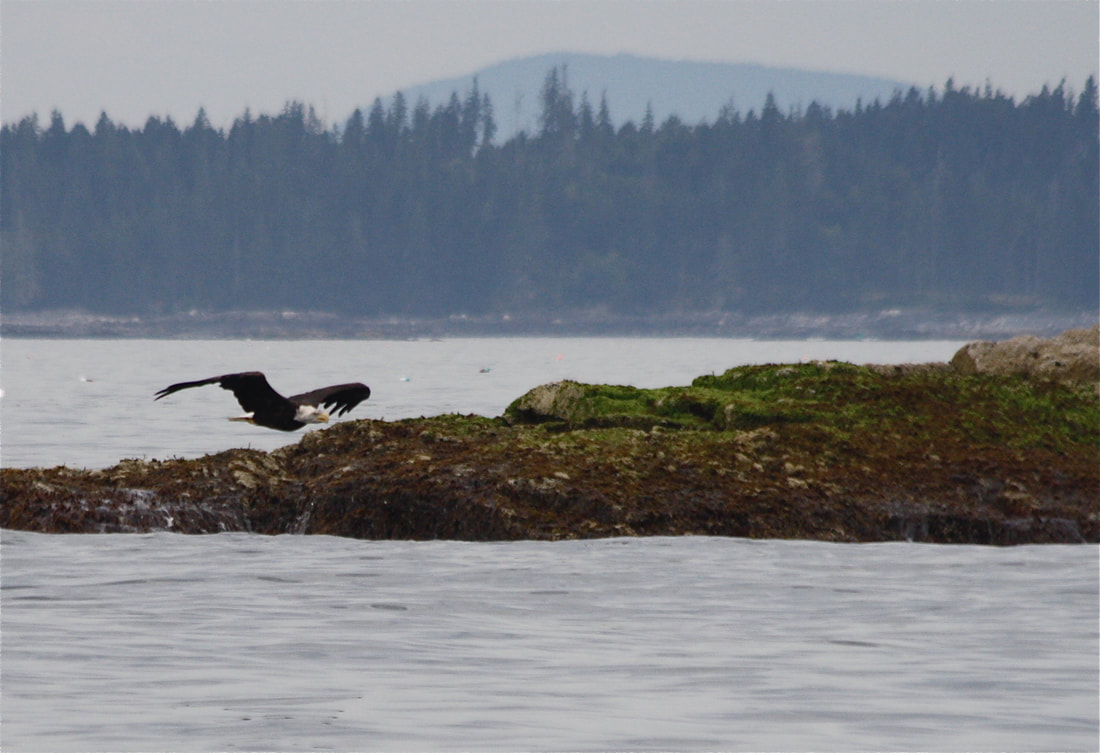 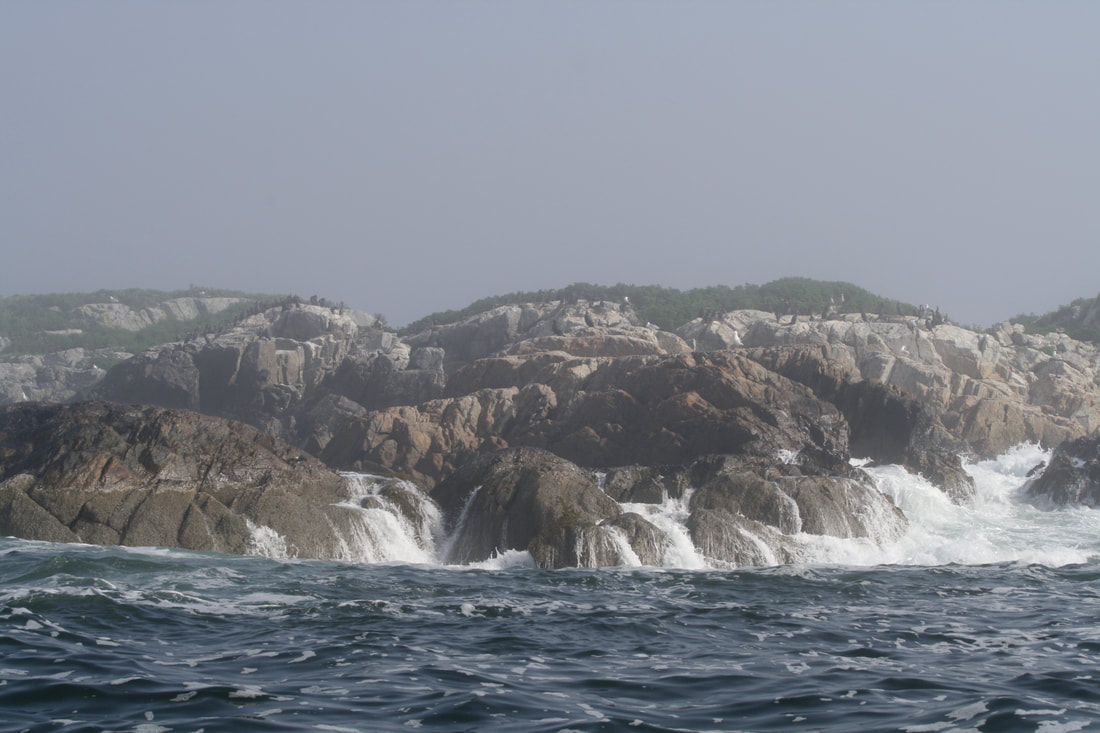 Little Roberts Island, Formerly the site of a Mixed Great and Double-crested Cormorant Colony, dispersed by eagles, also Black-Backed Gulls and Herring gulls, Black Guillemots and a few Eiders nest on this little islet,  there was a pair of Canada Gees one year, at least, recently. 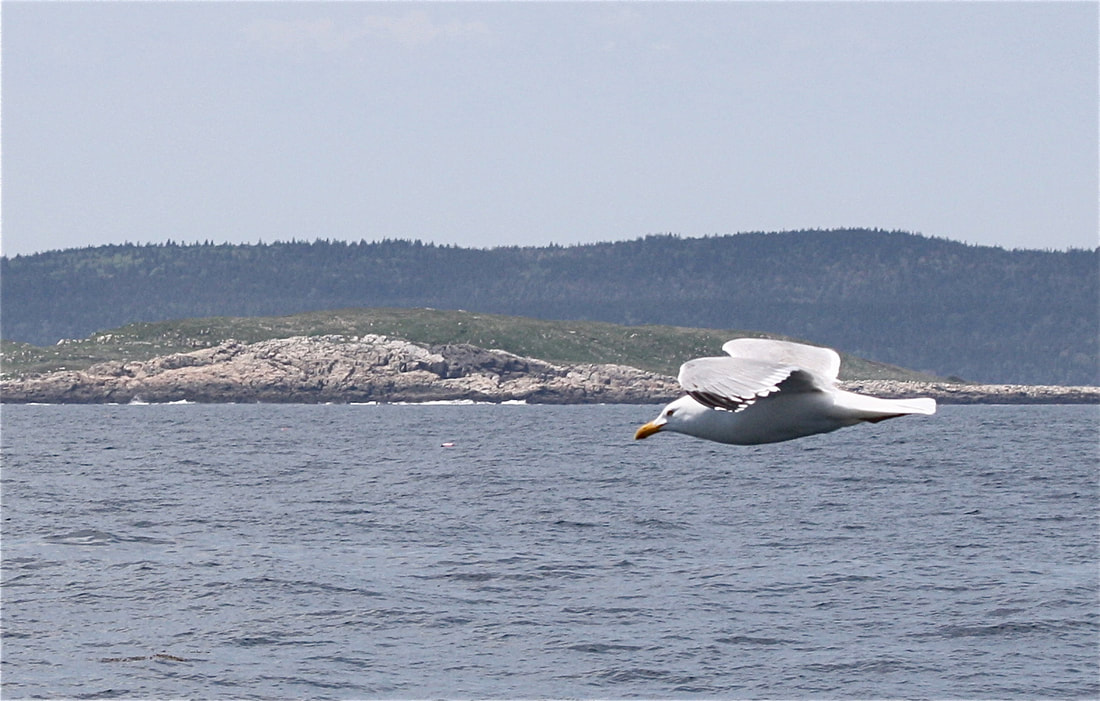 Herring gull, off Great Spoon island east of Isle au Haut,  not on the way to Seal Island. 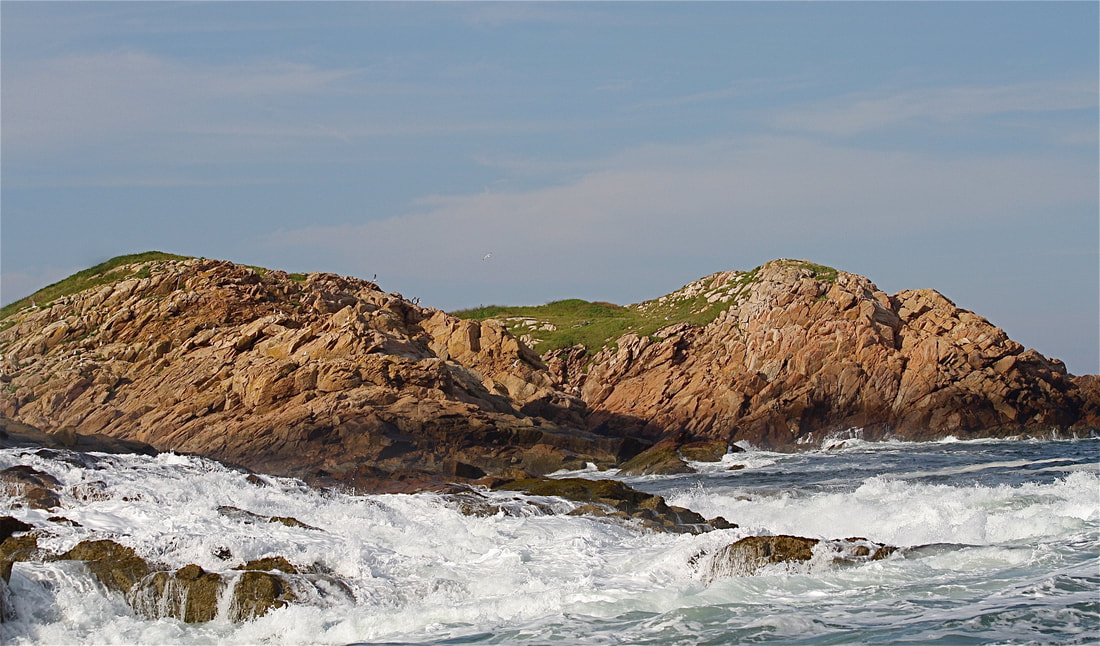 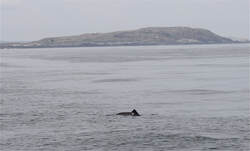 Porpoise and Brimstone Island beyond. on the way to Seal island 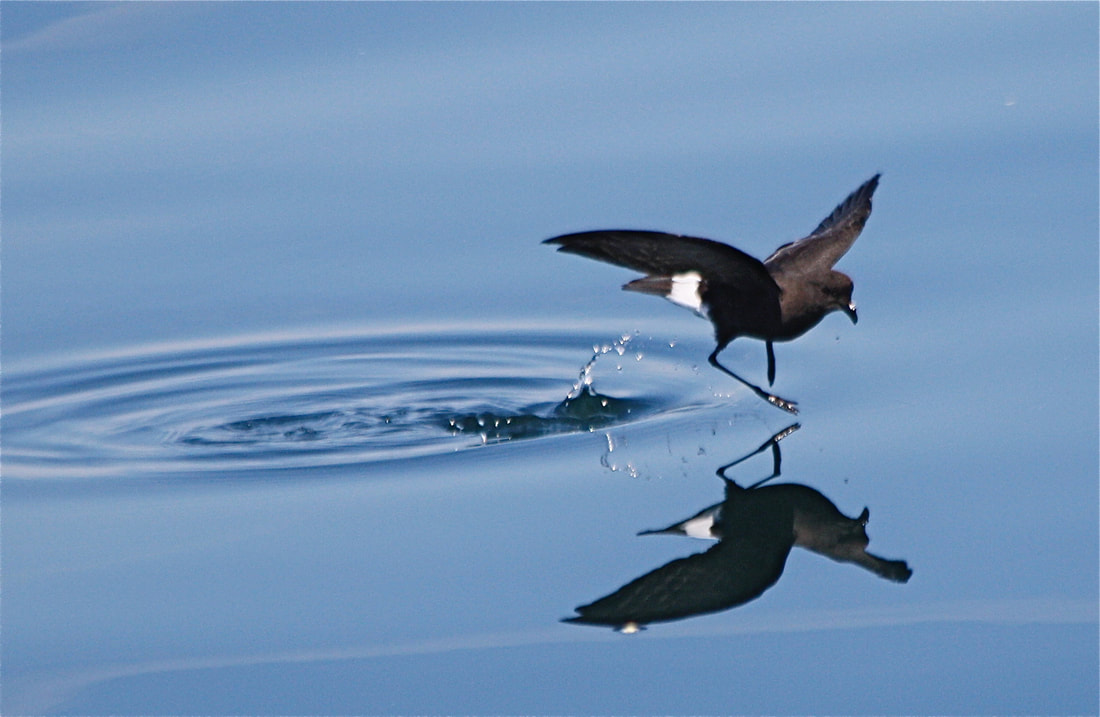 Wilsons Petrel, Breed in the southern hemisphere they show up during the early summer, sometimes there are lots of them seen on the way to Seal Island.

Sometimes there isn't much in the bay and it seems to take a while longer to get to the Island, but usually there is something out there.
Mid Seal Island from the North, July 30 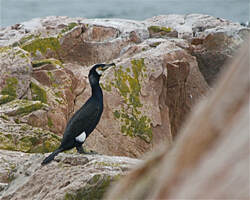 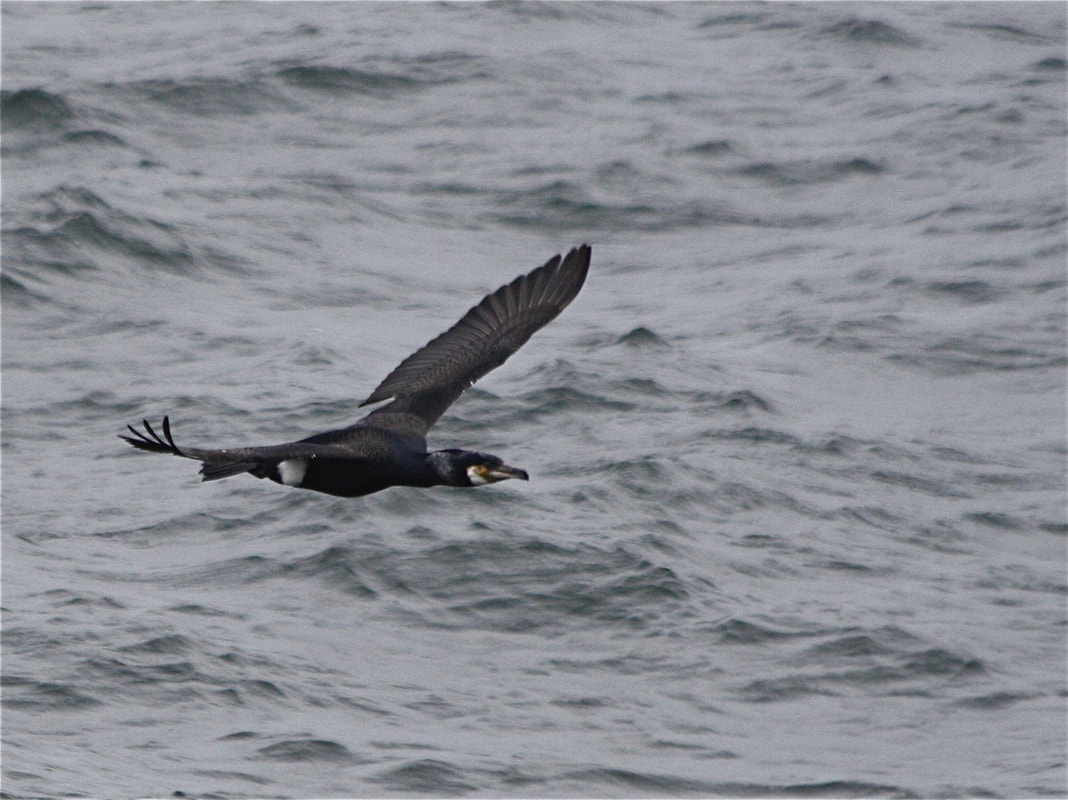 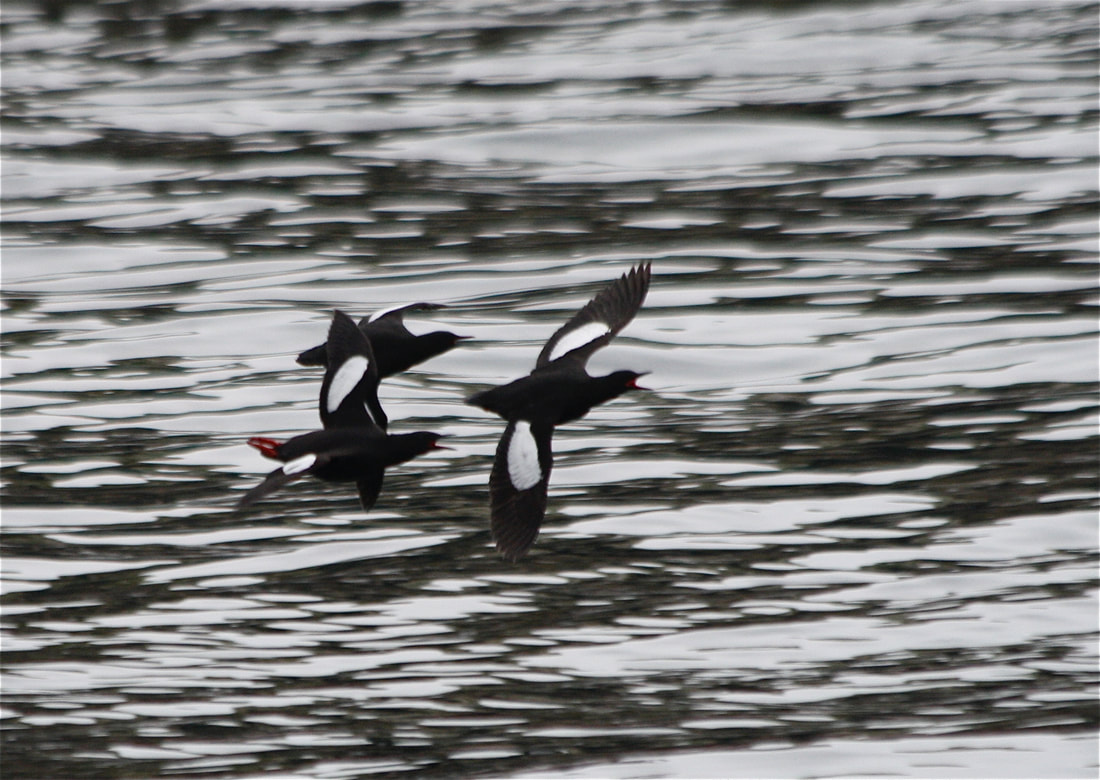 Black Guillemots, squeakers,Teistis, We will see these every day of the year. In mid May I have counted 2,000 individuals around the island.
They are great, Very capable, they can: fly, swim, dive, walk, spelunk.
much more widely spread as breeding bird than the other alcids in the region, Puffins, Razorbills and Murre. 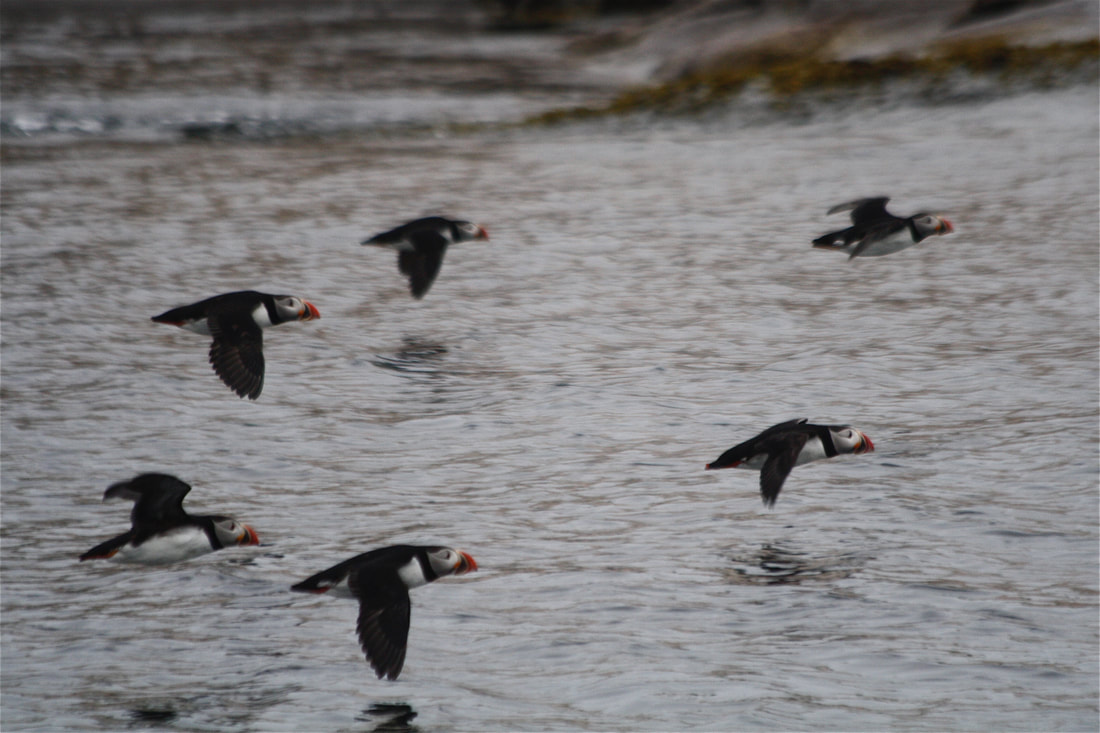 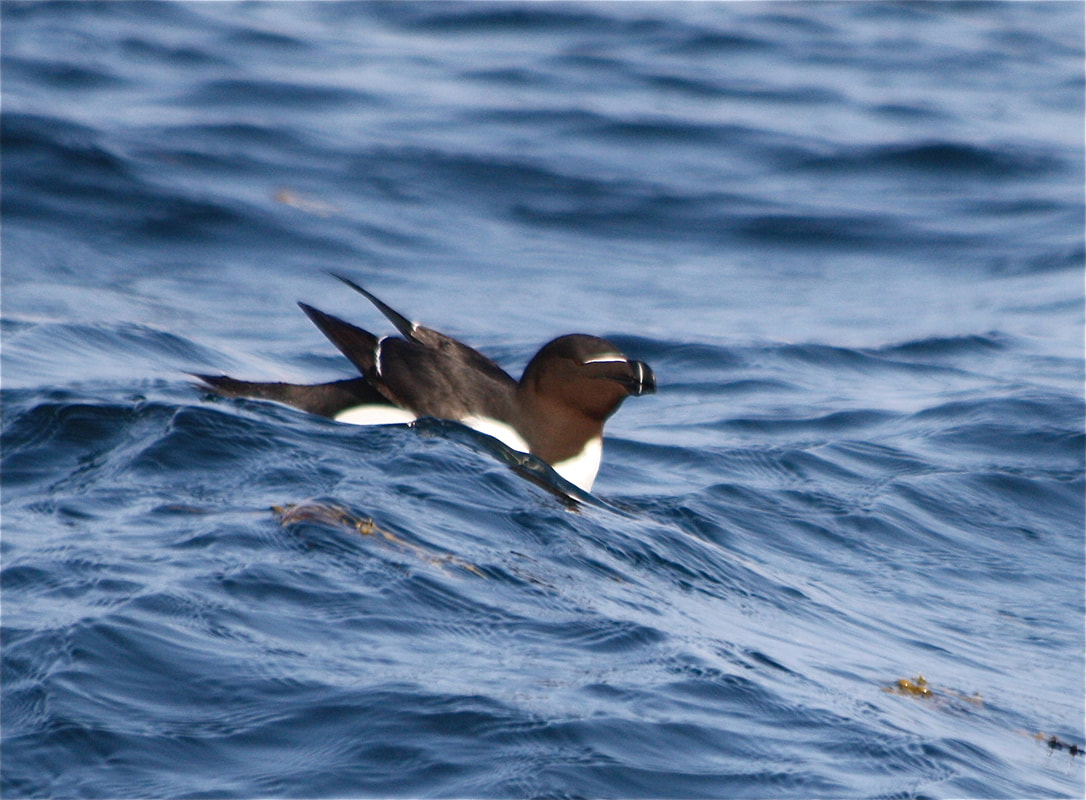 Razorbill, as with, Puffins and Murre, the gulf of Maine Razorbill population is growing and expanding. we see them everyday down there May through late July and might see them in the bay later in the summer. You can see them in the winter from the Vinalhaven to Rockland ferry. 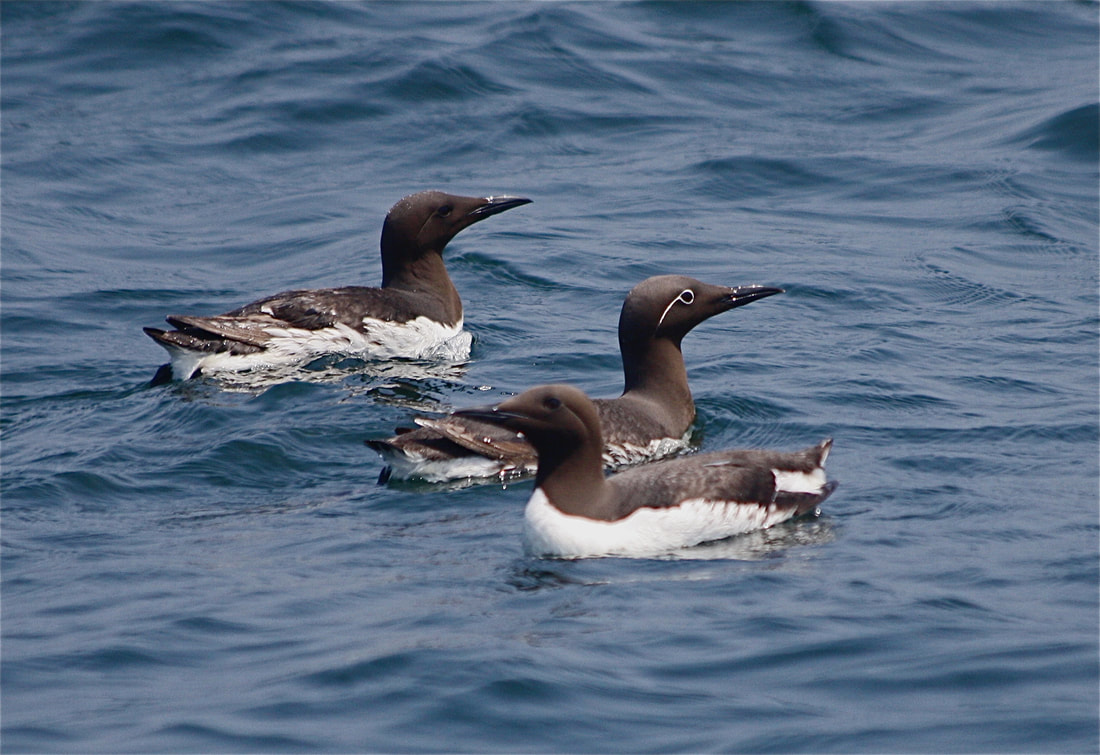 murres, recently have reestablished breeding at Matinicus Rock, 7 miles from Seal Island, we see murre almost every day at Seal, especially in the morning, May to early August. 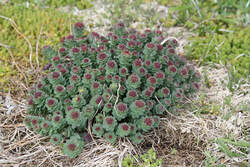 Seal Island has its own climate, cold and salty,  and this arctic flower rose crop, Cedum Rosea, grows there, near the southern edge of its range. 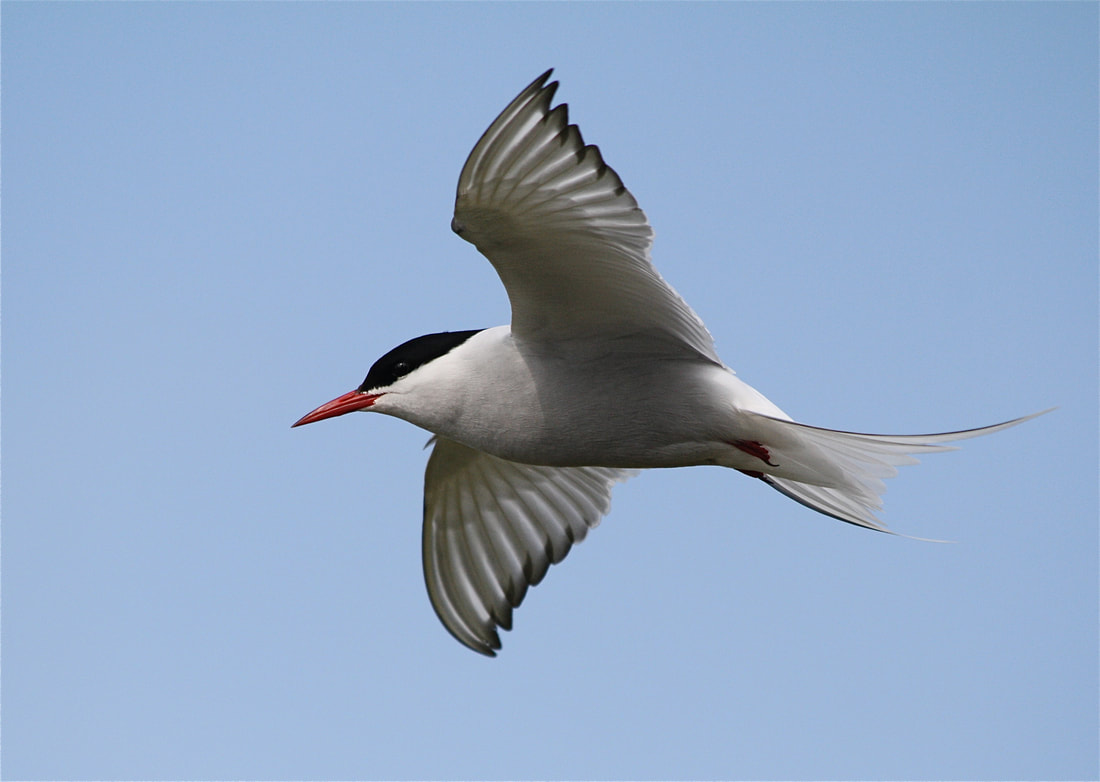 similarly Seal Island is near the current southern end of the Range of Arctic terns. there have been in the order of 900 pairs of Arctic terns breeding at Seal Island, also 1,200 pairs of Common tern,  having recolonized the island in about 1990 after herring and black-backed gulls were killed and pushed back, an effort that continues.  If a gull becomes predatory the wildlife managers on the island will shoot it. 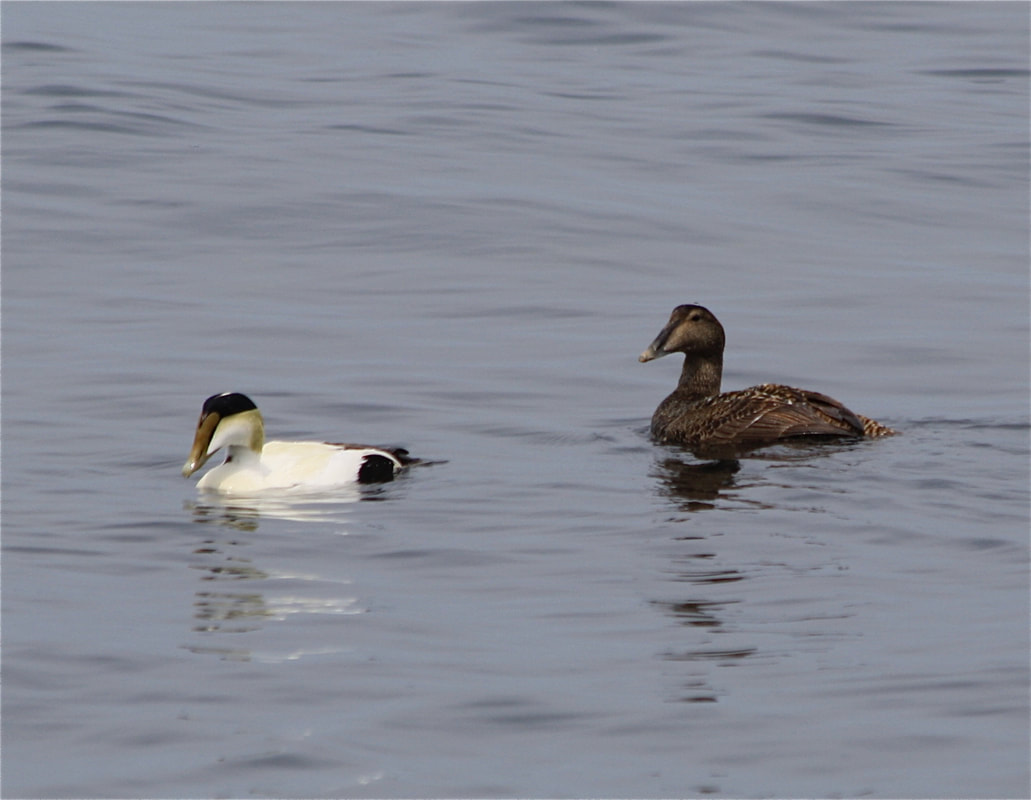 Eider male and female, these ducks we see every day of the year, but their numbers have recently been reduced drastically, due to the fondness eagles have for eating their ducklings 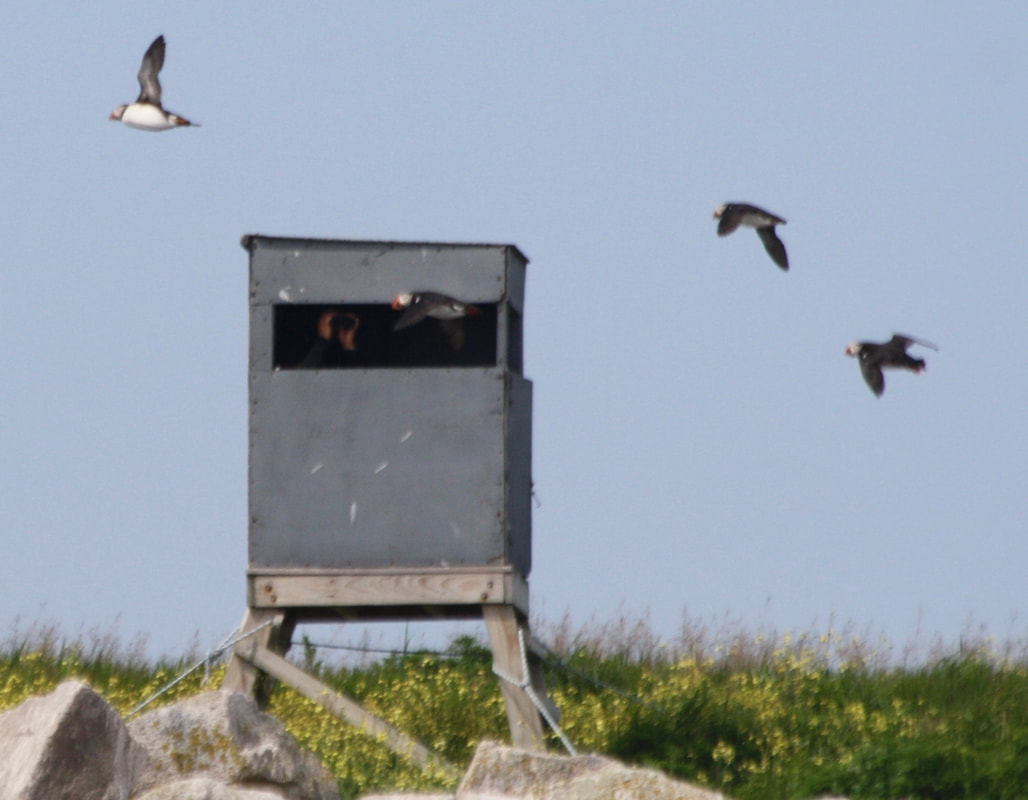 Puffins passing an occupied blind, there is a team on the Island during late spring and summer keeping eyes on the birds 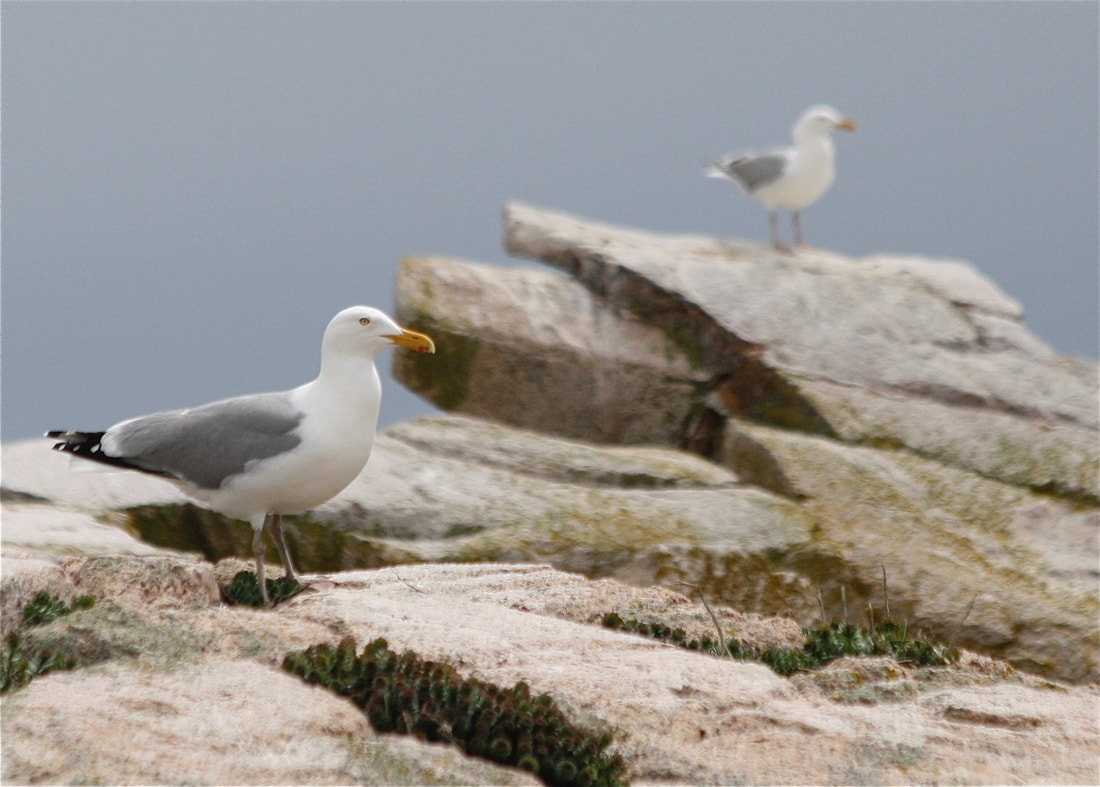 Herring Gull on Seal Island, what was formerly Sedum rosea in the foreground 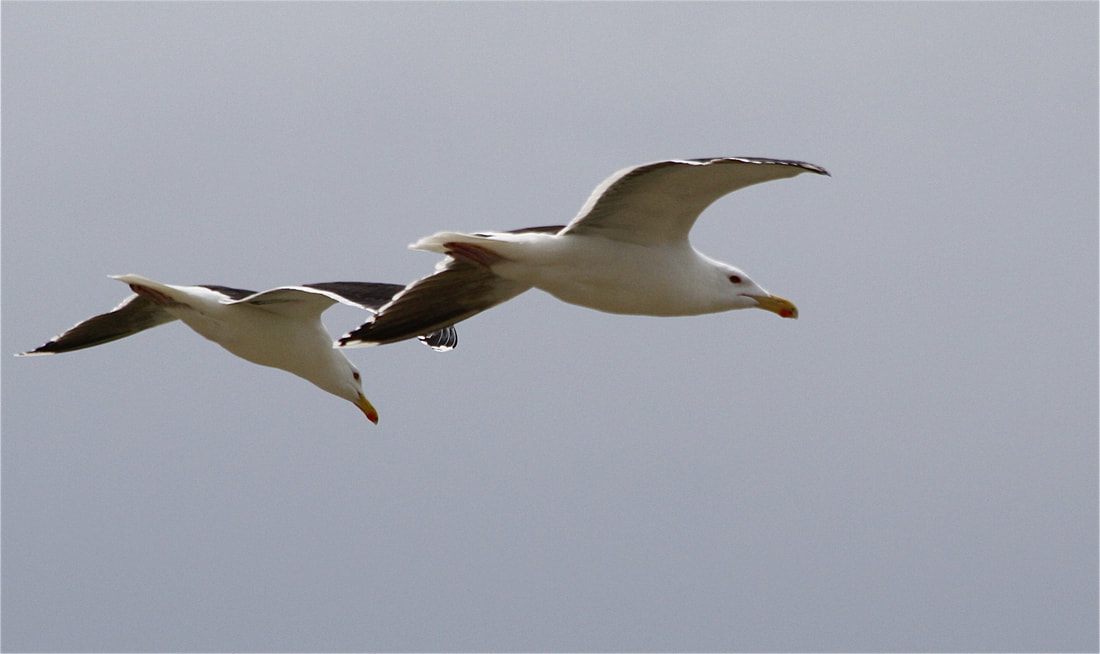 Observant, and resourceful generalists gulls are much like jays and people,  their magnificence obscured by their familiarity. 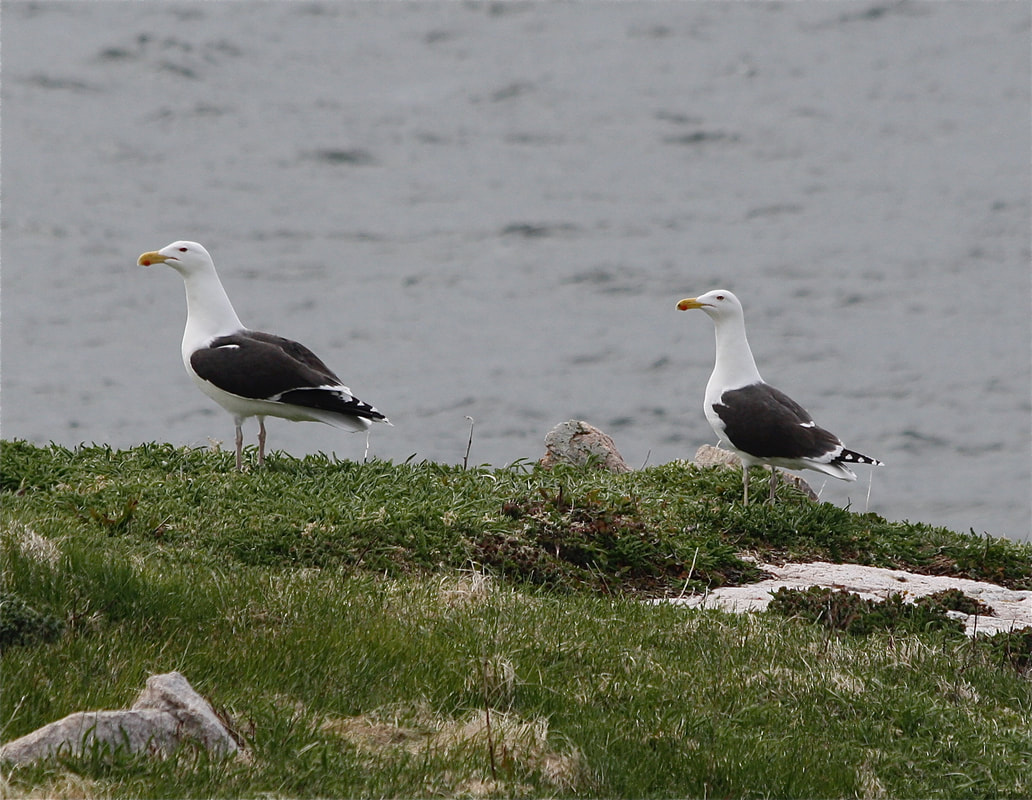 A territorial pair of Black-Backed Gulls on the western head of Seal Island. Despite decades of persecution, some gulls persist and raise young on the island. 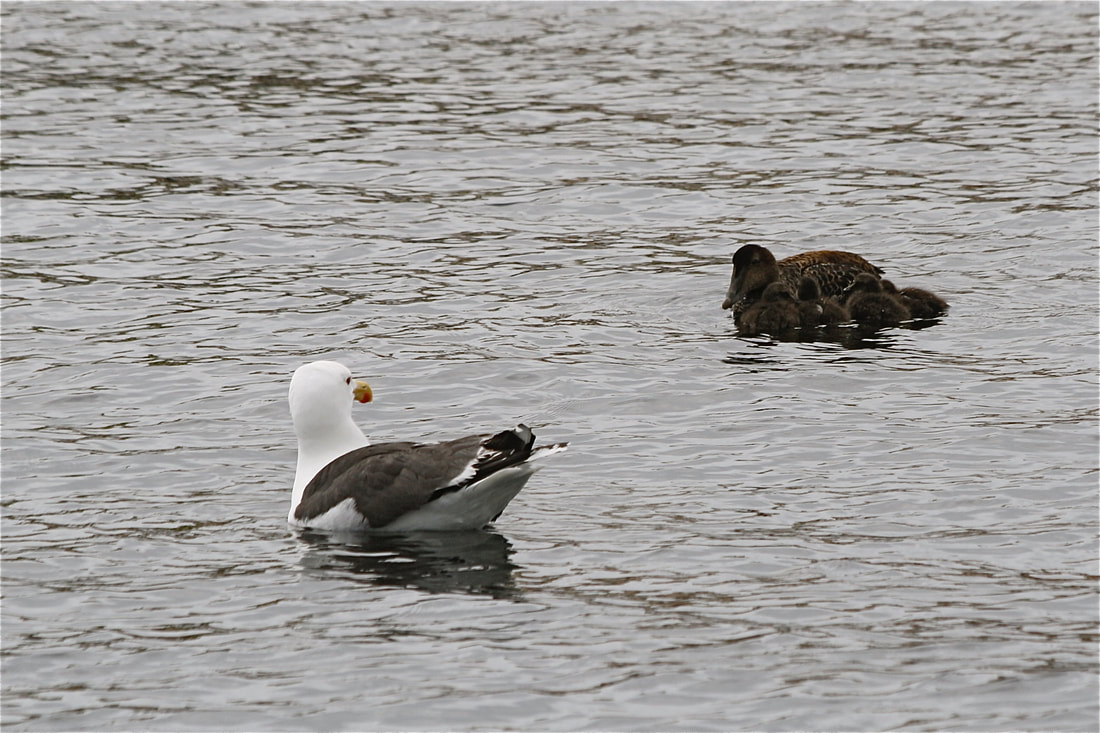 Black-backs like to eat ducklings and tern chicks, un endearing them to duckophiles.
Bald Eagle Otter Island, these are places we pass on the way to Seal Island. We see eagles every day on our way pat Otter Island on the way in from Seal Island. A pair if Eagles built a nest and raised a young on Otter Island in 2020, I'm sure its not the first time but it has been a while.

Grey Seals, back Side of Seal Island, calm day 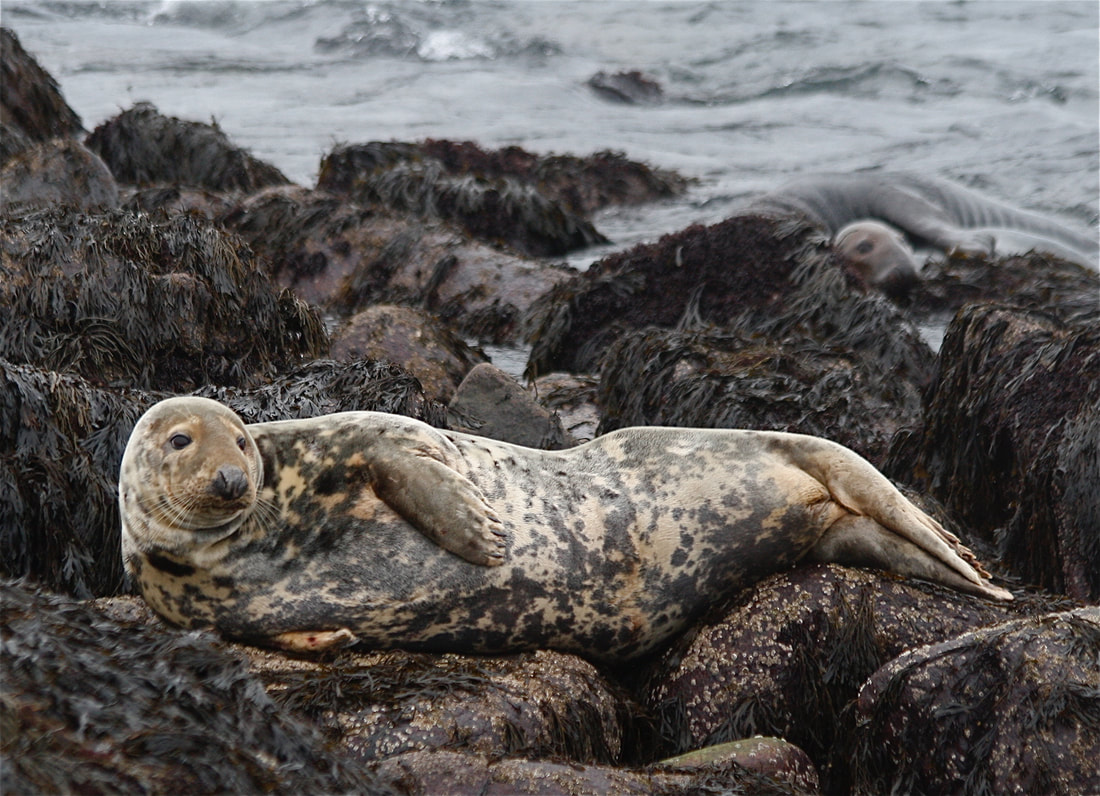 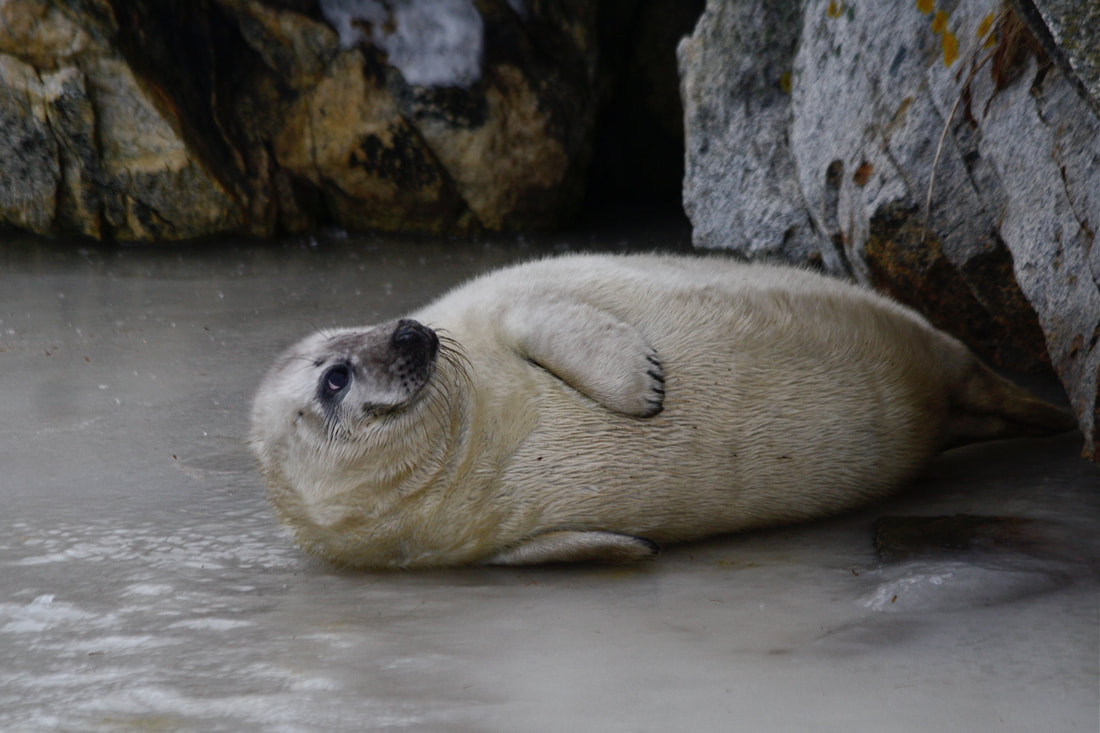 White-sided dolphin near the western bite of Seal Island, Aug 9, 2020, late summer sometimes we see herds of these, it has been rare to see them North of Seal Island, but out beyond Seal they are more common, when I have seen them they have often been going from east to west, the gannets and shearwaters follow them around, it is a thrill to be near them they seem to be having a good time. 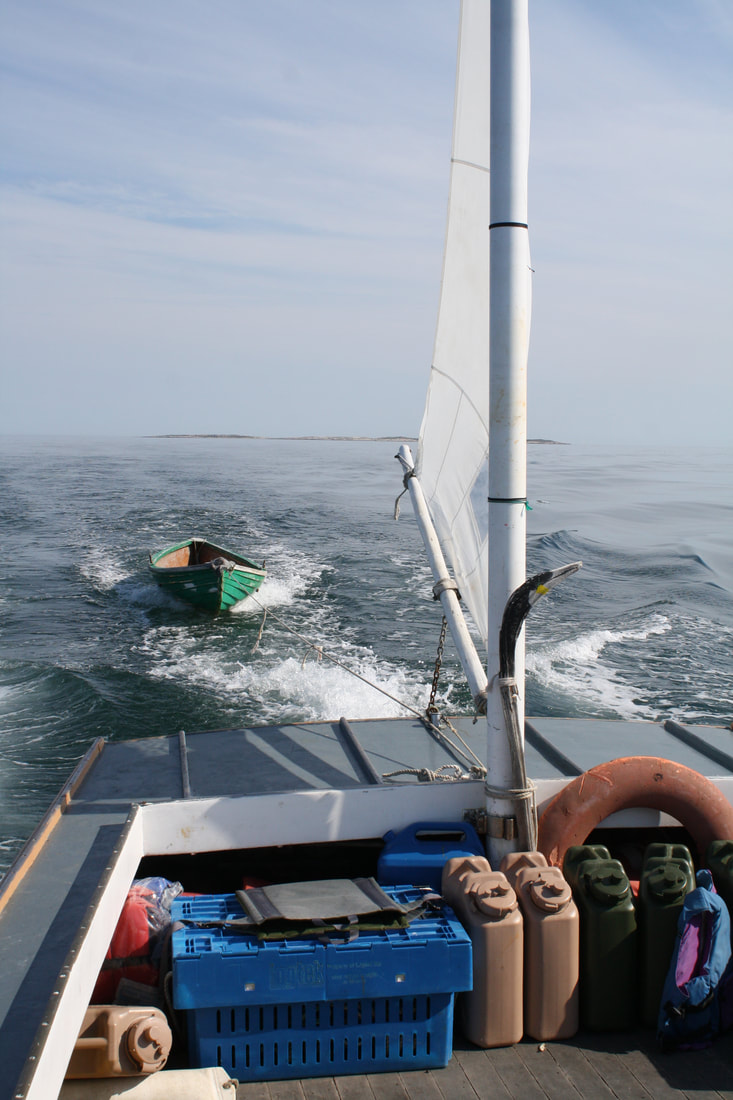 A few Miles North of Seal Island on the way in, glass Novi Dory in tow, Corm the Great Cormorant totem lashed to the mast. 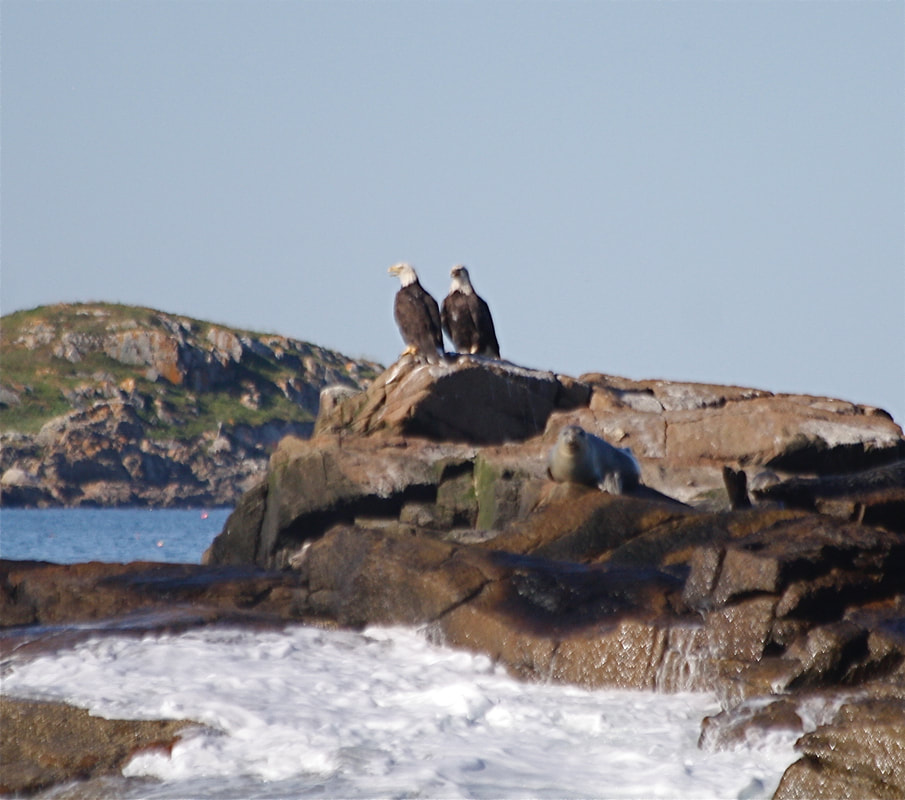 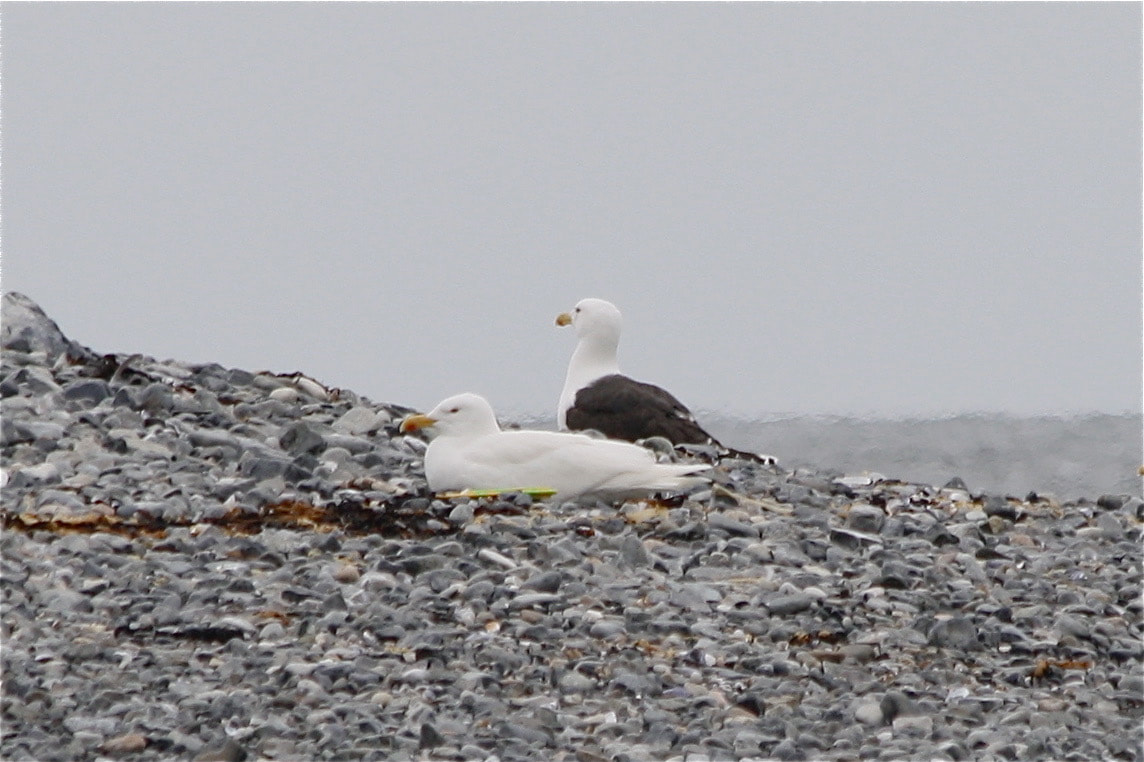 There was a leucitic black back in the bay for years, here roosting at Little Brimstone, an Ivory Black-Back 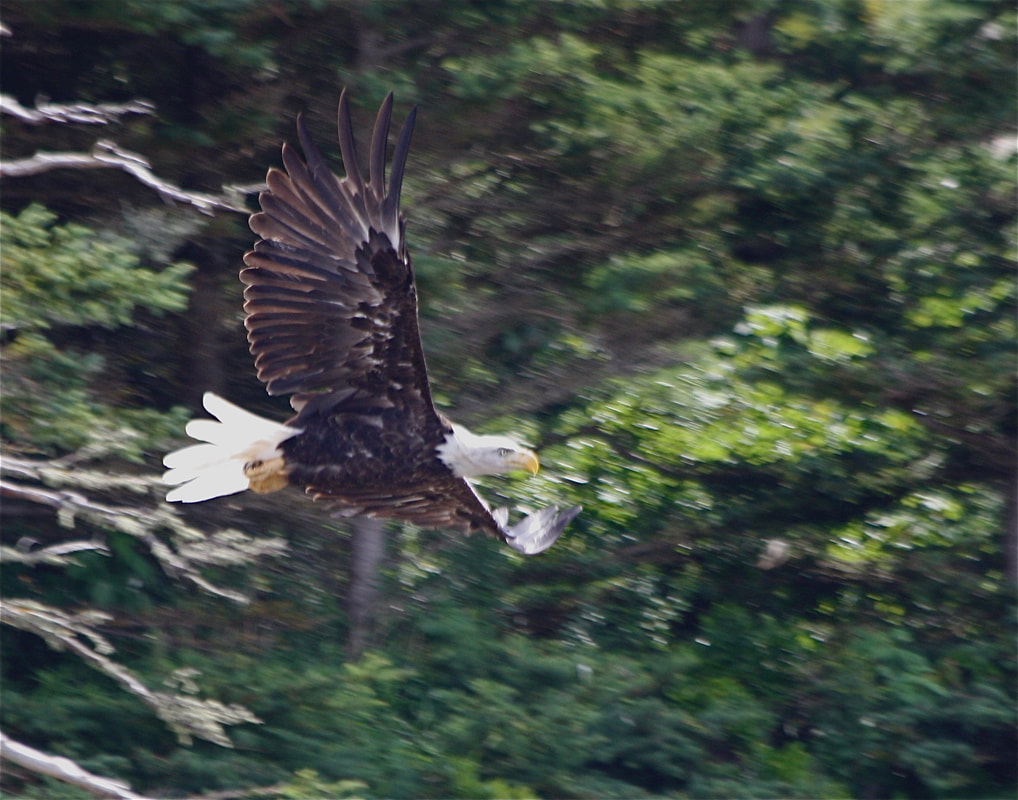