There are several hundred pairs of Puffins who breed at Seal Island and if you come along for a boat ride out there between May and labor day we will see some. 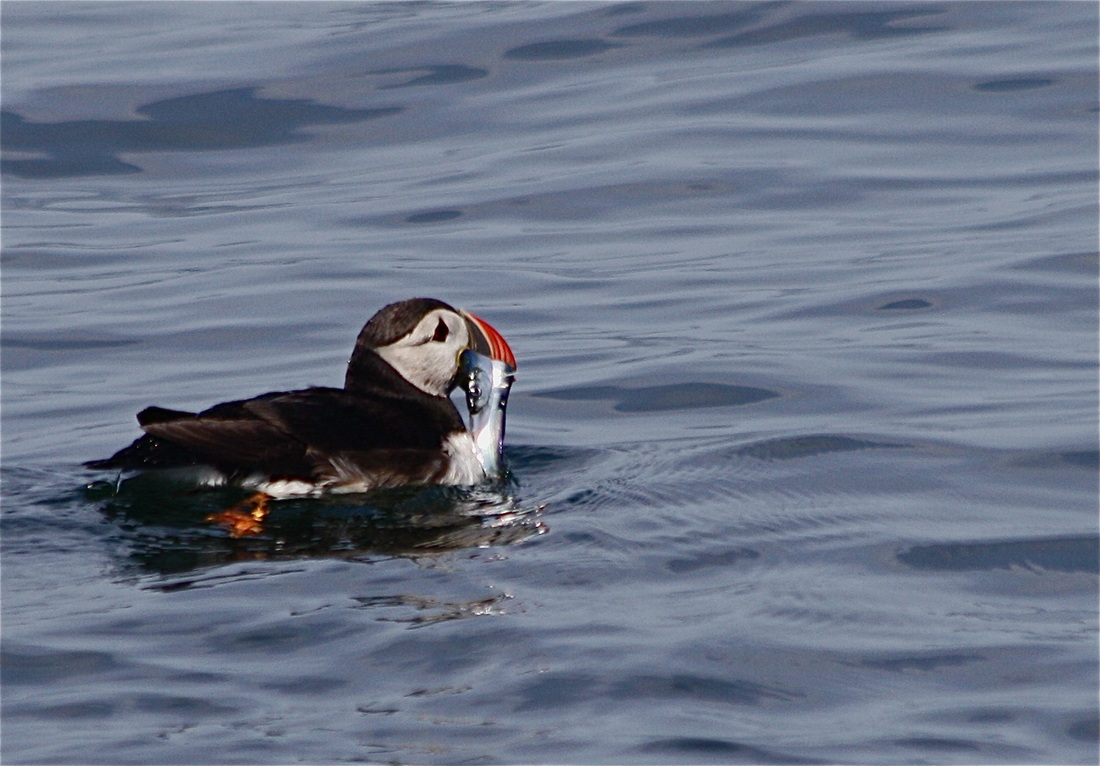 A couple of nice herring 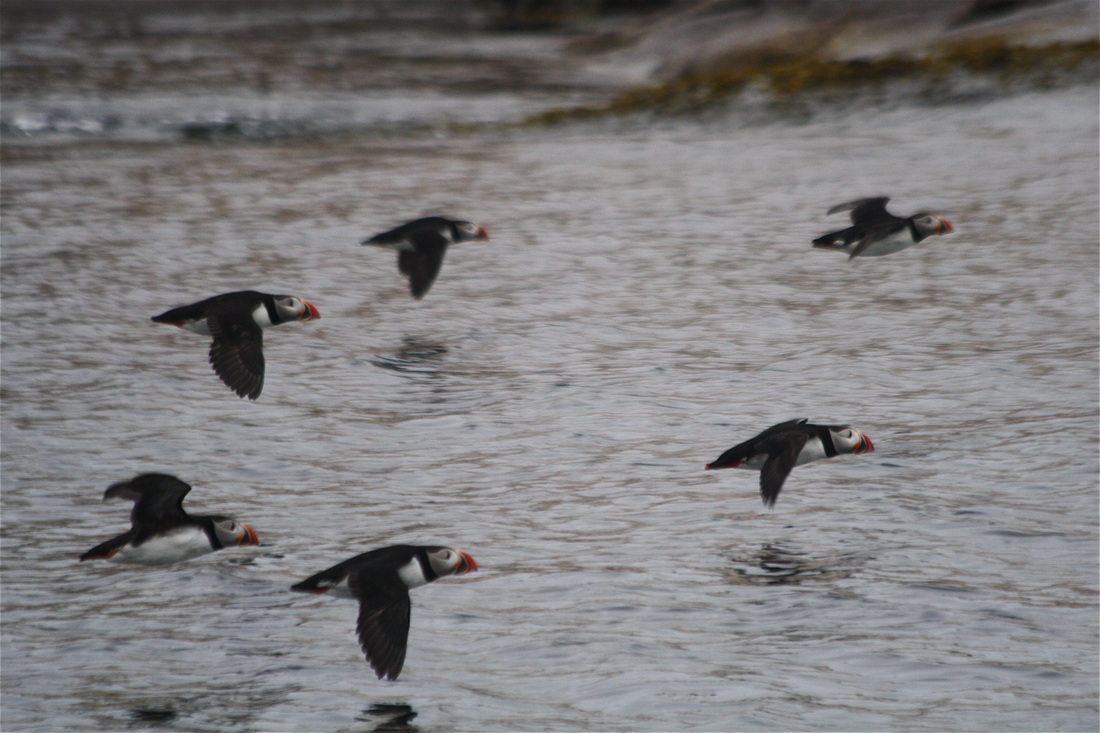 Gulf of Maine puffin population the last 115 years.
In 1900 there were 300 puffin  reported at Machias Seal Island, and there were 2 pair at Matinicus Rock, Machias Seal is about 110 miles east of Matinicus rock off Cutler and Grand Manan. 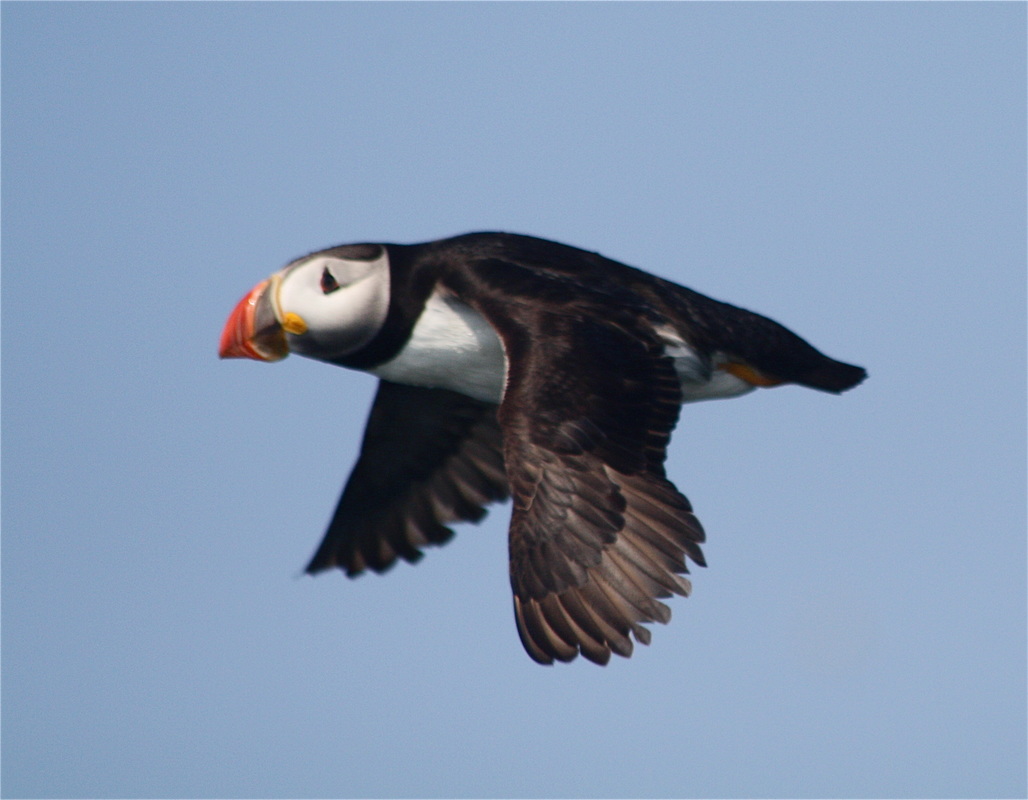 There were about 1,100 pairs of Puffins in the Gulf of Maine in the early 1970’s,   900 pair at Machias Seal and 170 individuals reported at Matinicus Rock.  (from The Atlantic Alcidae,  1985, Nettleship and Birkhead) and The Atlas of Eastern Canadian Seabirds 1975, Canadian Wildlife Service. )
At the time there were less than one hundred pairs in Nova Scotia, all but two pair were off cape Breton Island, Where there were “50-70 pair”   on Ciboux and Hertford Islands two small slim Islands off Cap Dauphin near  the bras d’or .
The other site Pearl Island, a small island off Lunenburg Nova Scotia, had just two pair. 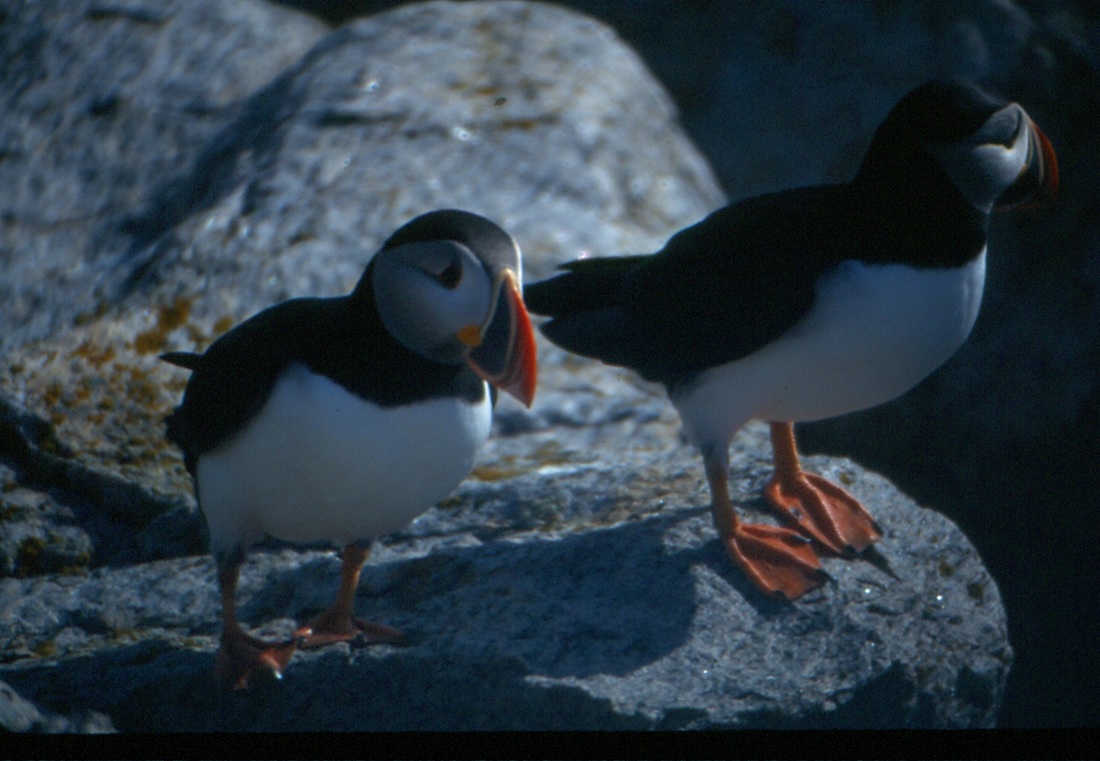 In the Gulf of St Lawrence there were, “small numbers” at Grand Colombier Island off St Pierre,  also “small numbers at Bird Rocks and Brion Island, north of the  Magdalen Islands, also 6 pairs at Bonaventure Island and less than 20 individuals at Anticosti.
apparently there was just a tiny scattering of Puffins  in the whole of the Gulf of St. Lawrence in 1975. Way more at Machias Seal 900, than all of Nova scotia and the gulf of the Saint Lawrence combined, less than 200 pair. 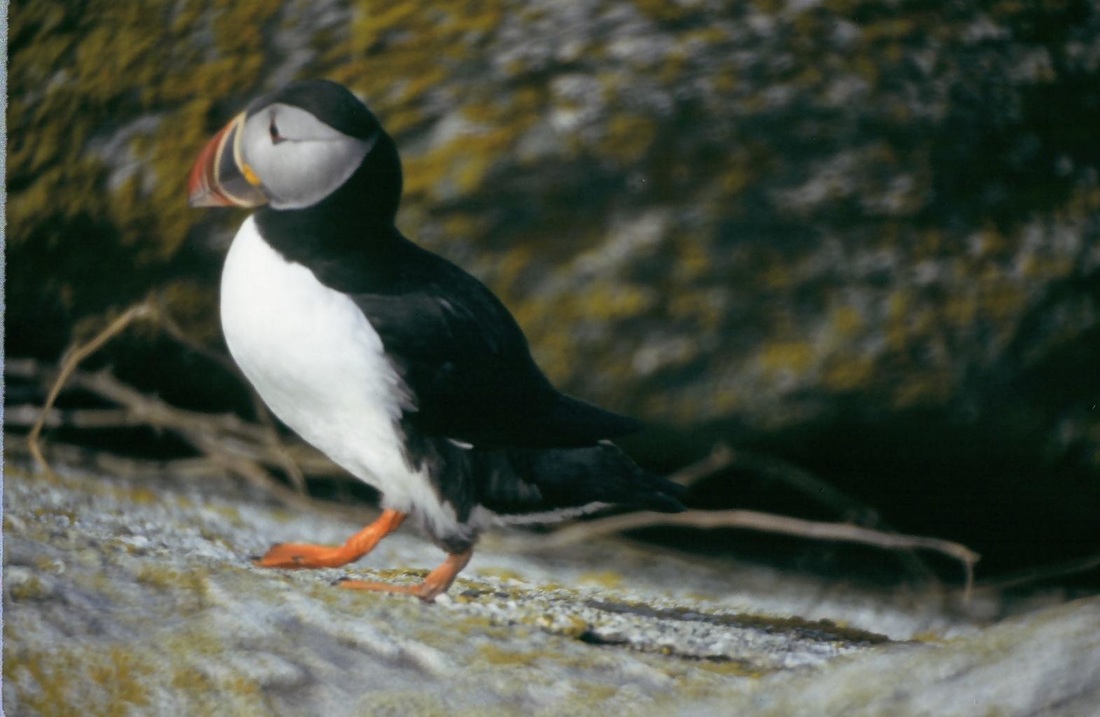 Then you get to Witless Bay Newfoundland where there were an estimate of 230,000 pairs on three islands in 1973, and then no other colonies with more than 6,000 pairs,  a total of @15,000 pairs, in the rest of Newfoundland.
Beyond that there are 40,000 pairs at the Gannet Islands Labrador, quite a clumpy distribution. 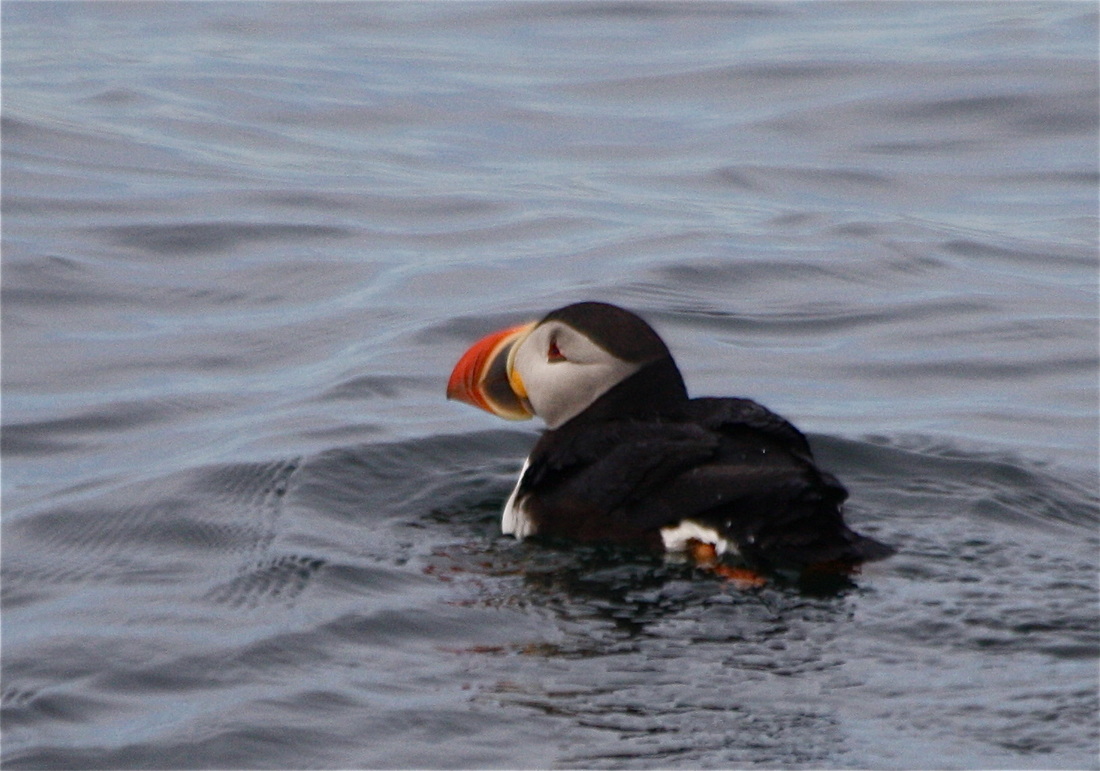 It was a long and sparsely populated way between the 1,100 pairs in the Bay of Fundy to the estimated over 200,000 pairs so off the SE coast of Newfoundland. 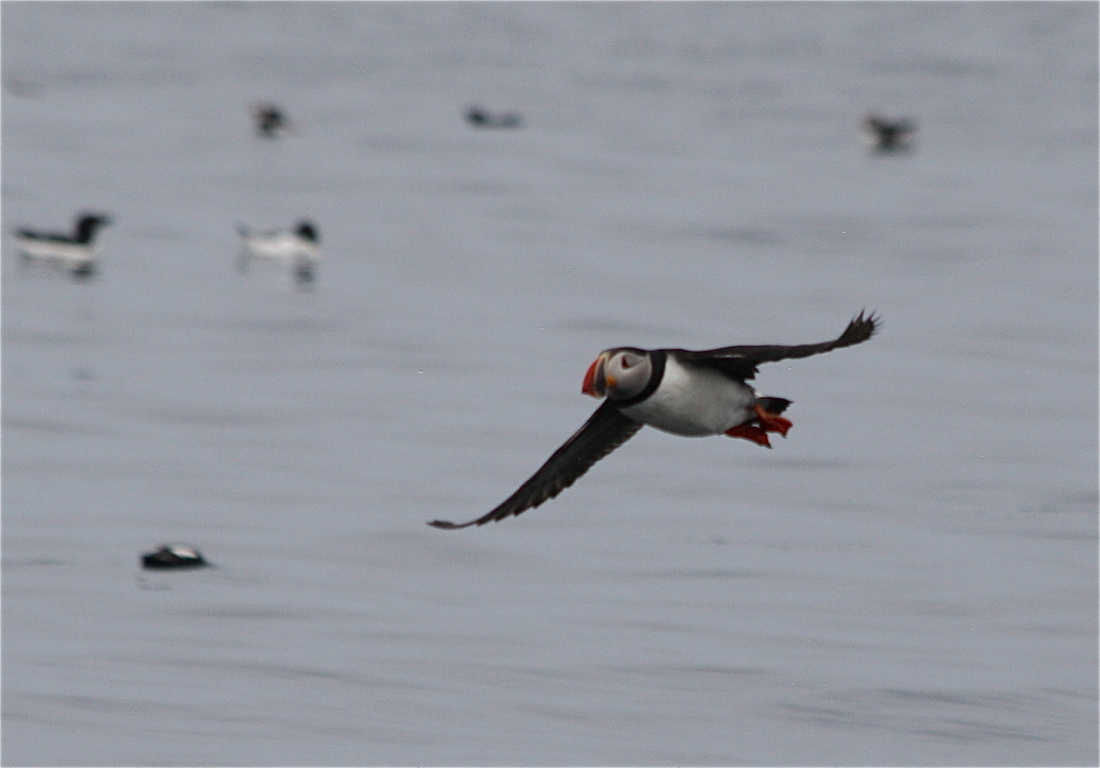 There were about 2000 puffin chicks transported from Newfoundland to Eastern egg Rock in Moscungus Bay and Seal Island Penobscot bay between ‘73-’88  of those  about 75 are known to have nested in the Gulf of Maine.


During those fifteen years  the Gulf of Maine  Puffin population was capable of adding in the order of  10,000 individuals.

Yet there persists and grows the myth that the National Audubon society Brought back puffins to Maine, or as the director of the program Steve Kress has written himself "Re-introduced Puffins to the Gulf of Maine".

Smithsonian Magazine headline June 2010, read
"Atlantic puffins had nearly vanished form the Maine Coast until..."
in 1975 there were 1,000 pairs of Puffins breeding in the Gulf of Maine and that population had been growing for 75 years. 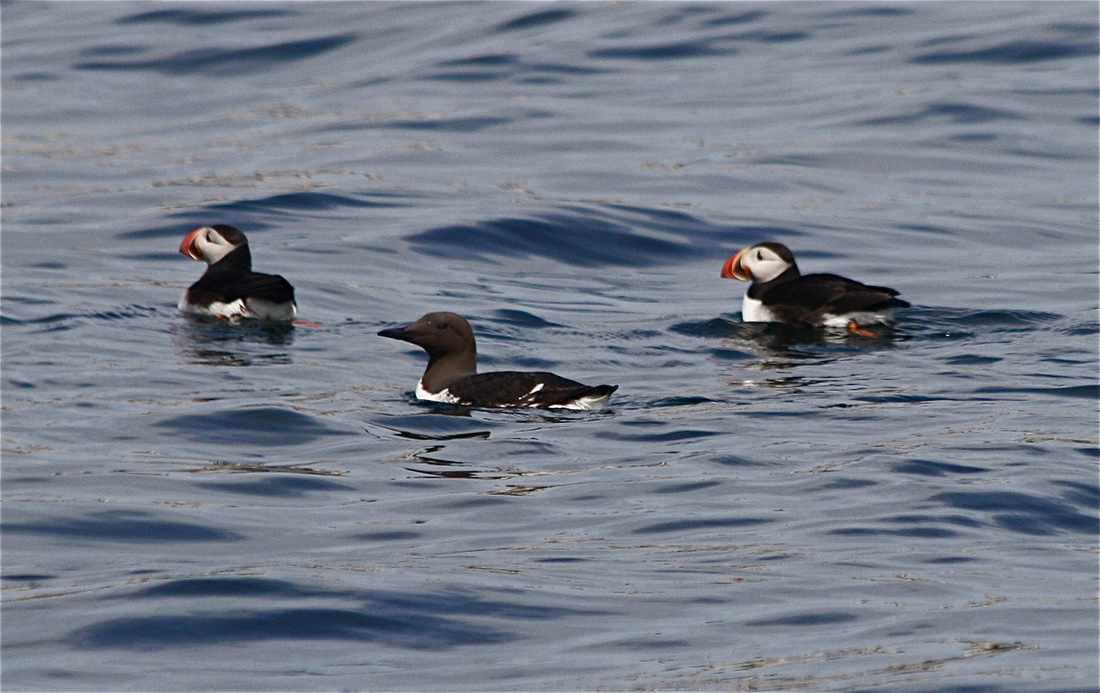 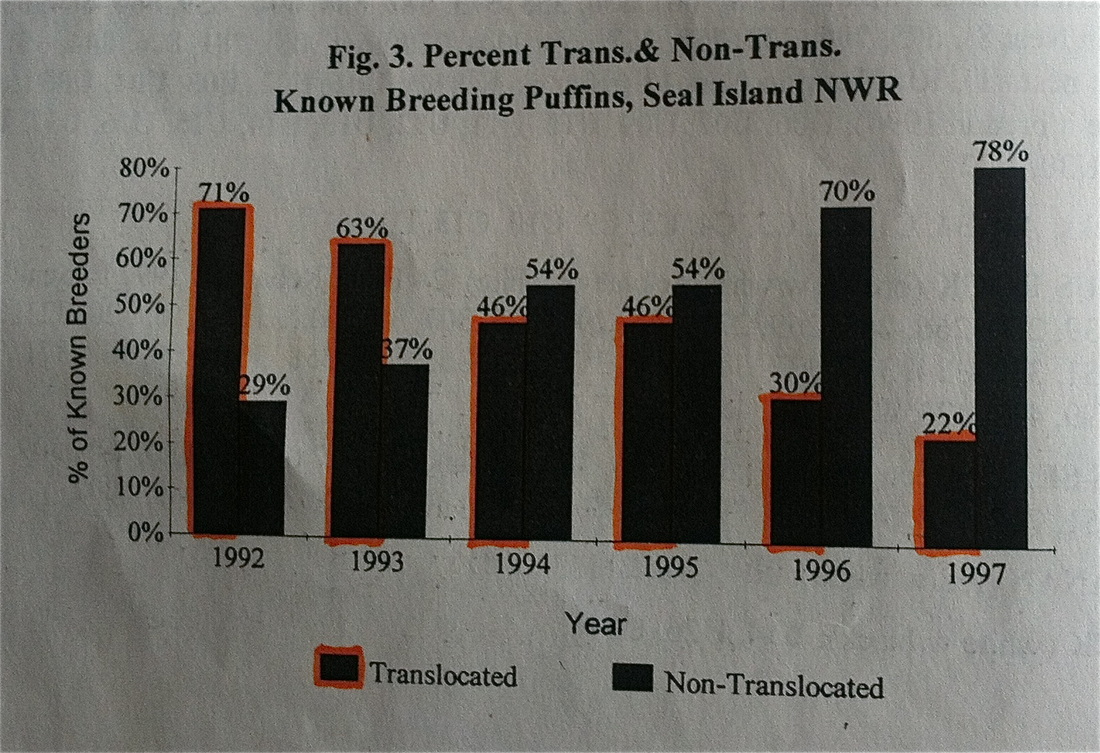 From the 1997 Seal Island report by Kristin Williamson.

1997 there were 58 pairs of Puffins breeding on Seal Island, 78% of those were “non-translocated”, that is they were from the gulf of Maine.

This indicates the expansive attitude of the gulf of Maine puffin population during the period birds were moved from Newfoundland.  Machias Seal Island is small and crowded.


​there were a total of about 950 individual puffin chicks transported from Newfoundland to Seal Island between ’84-’88,   about 25 of those individuals came back to  breed on Seal Island, a great success from the human perspective. Considerably less so from the point of view of the 900 or so puffin chicks taken from their natal burrows in Newfoundland transported to Maine, most of whom fledged from there, but were never seen again. 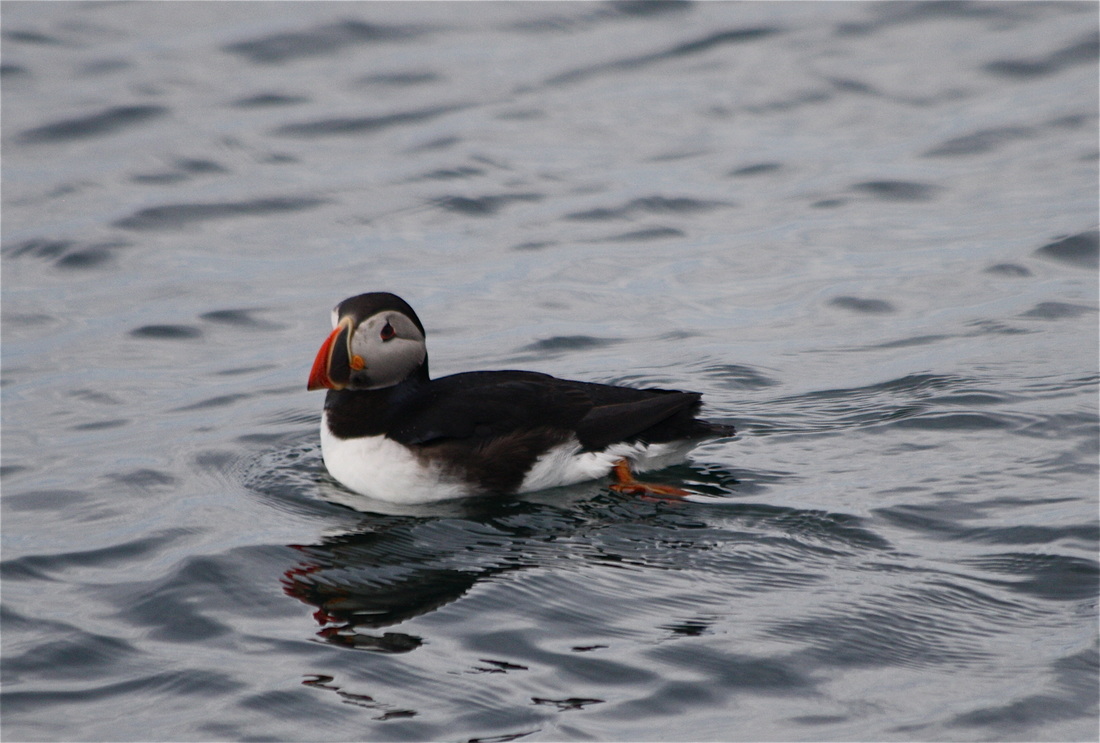 In the early eighties a puffin colony was established at Petit Manan, after gulls had been evicted and a large tern colony had been reestablished 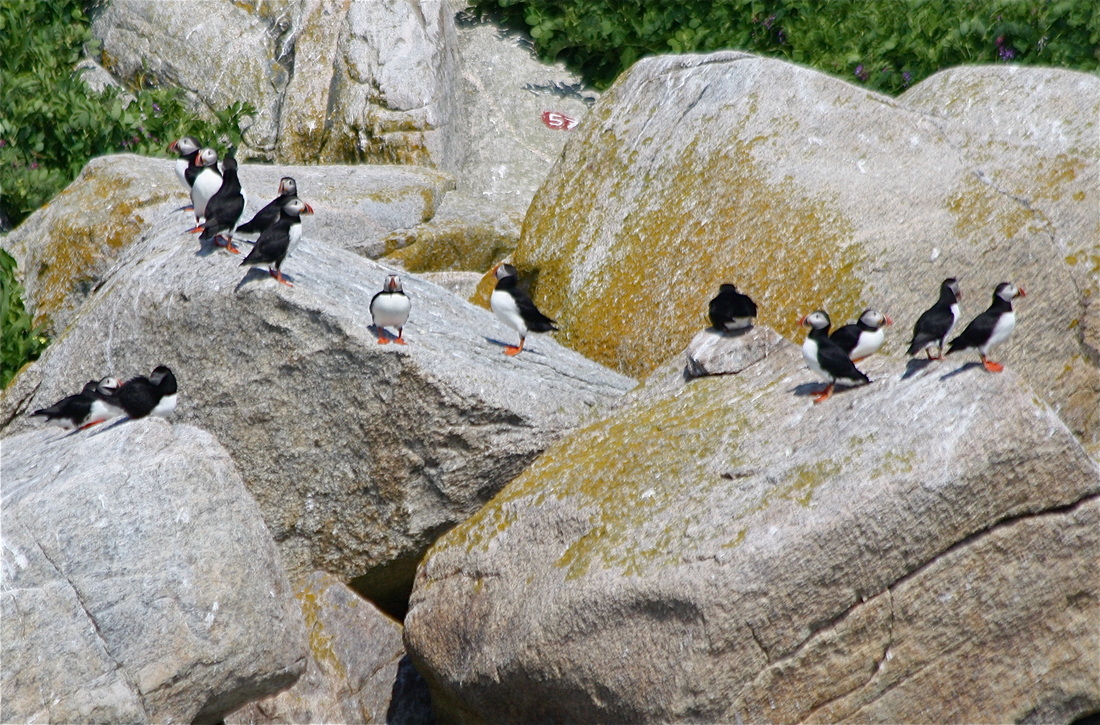 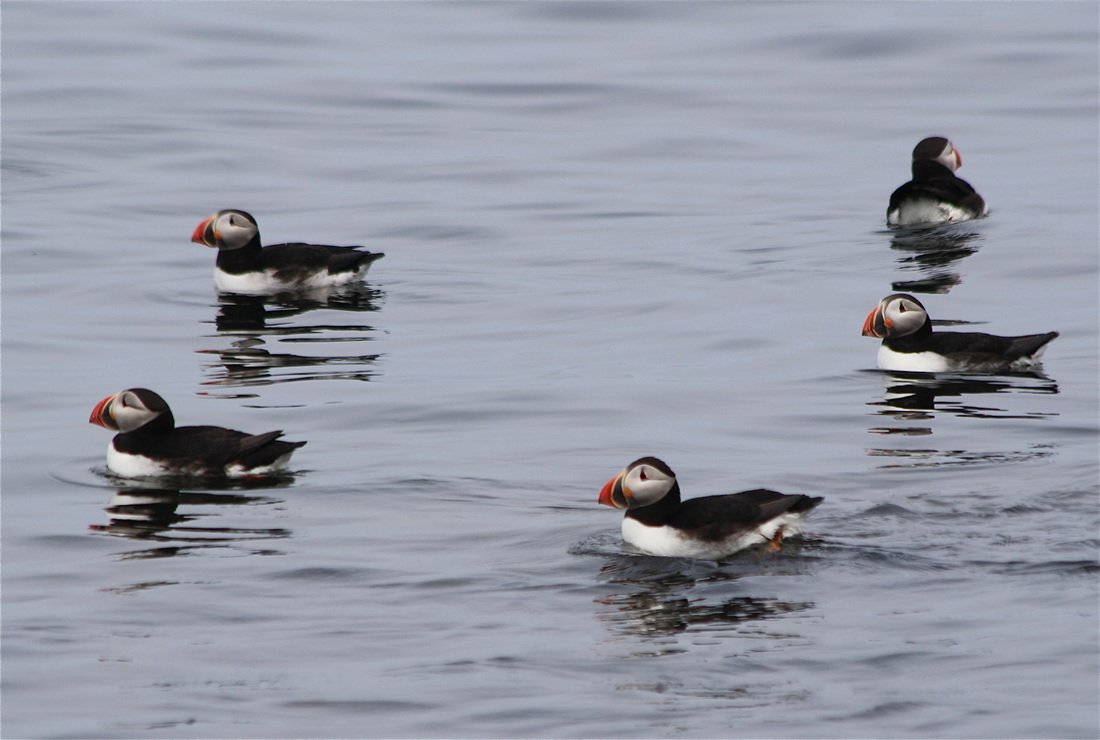 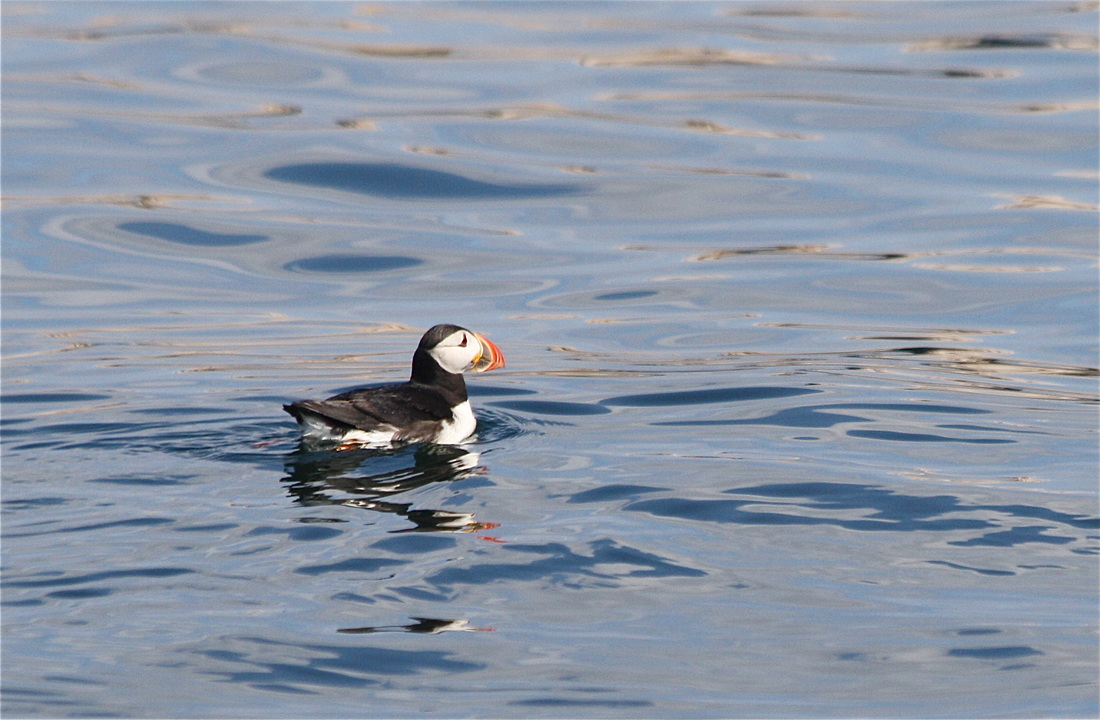 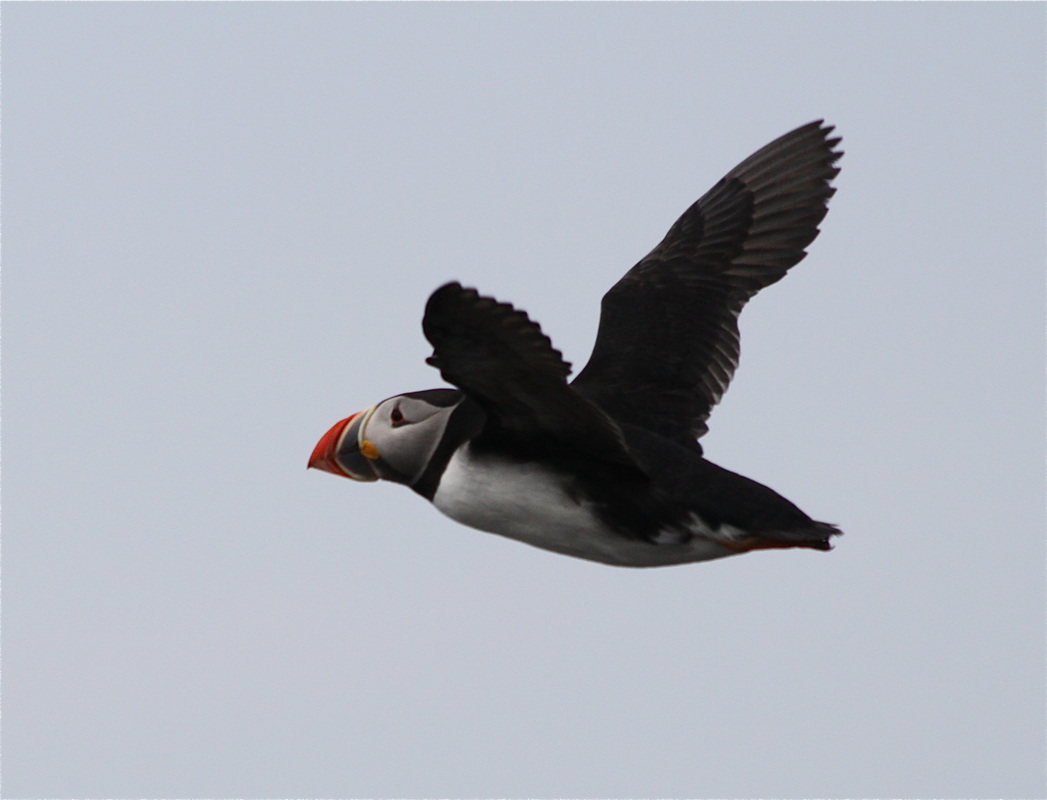 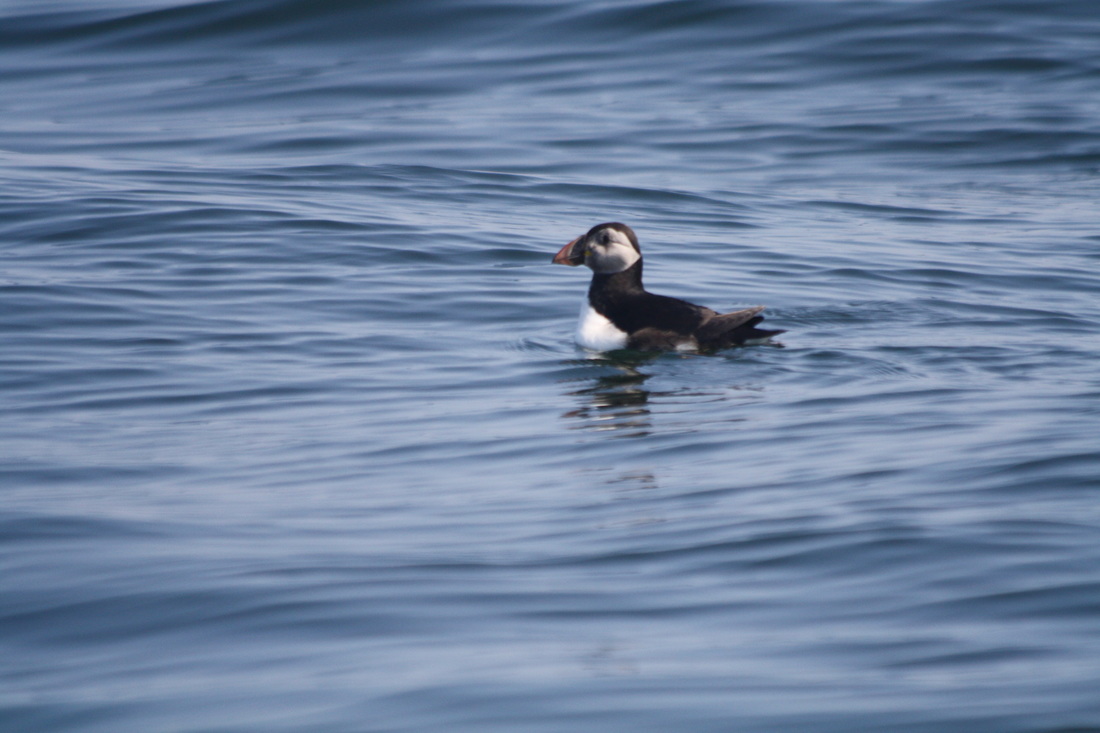 Smaller bill and shady cheek, maybe this is a 3d year bird. 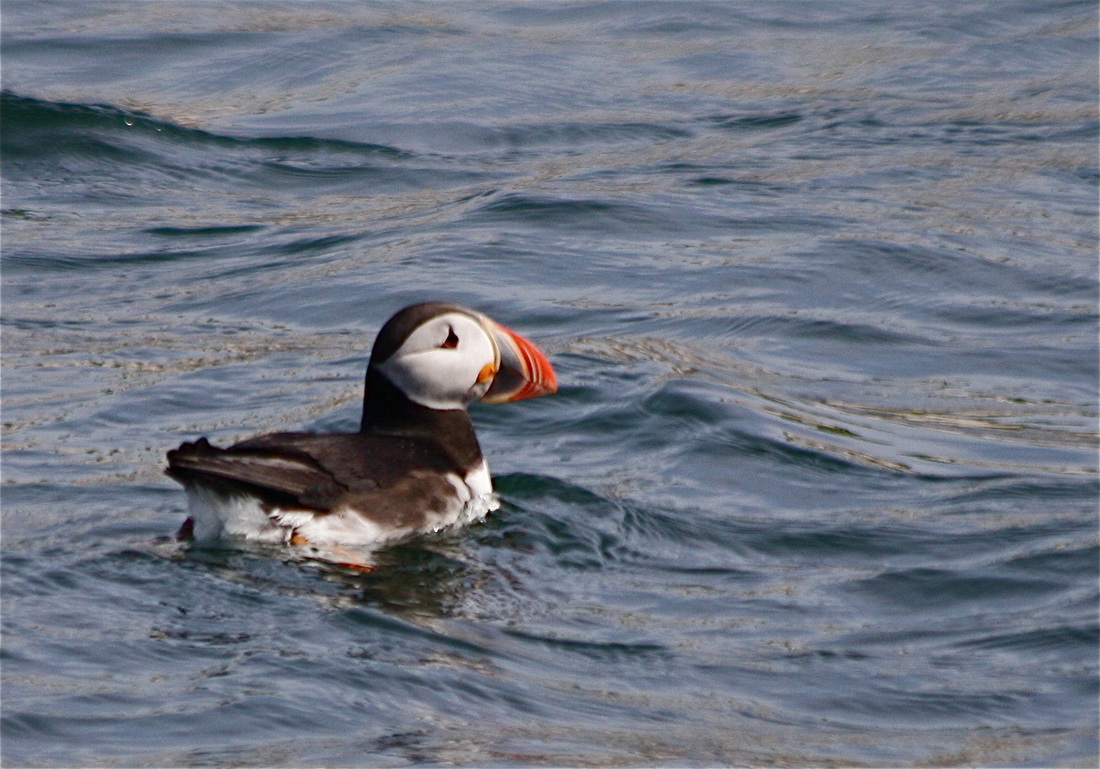 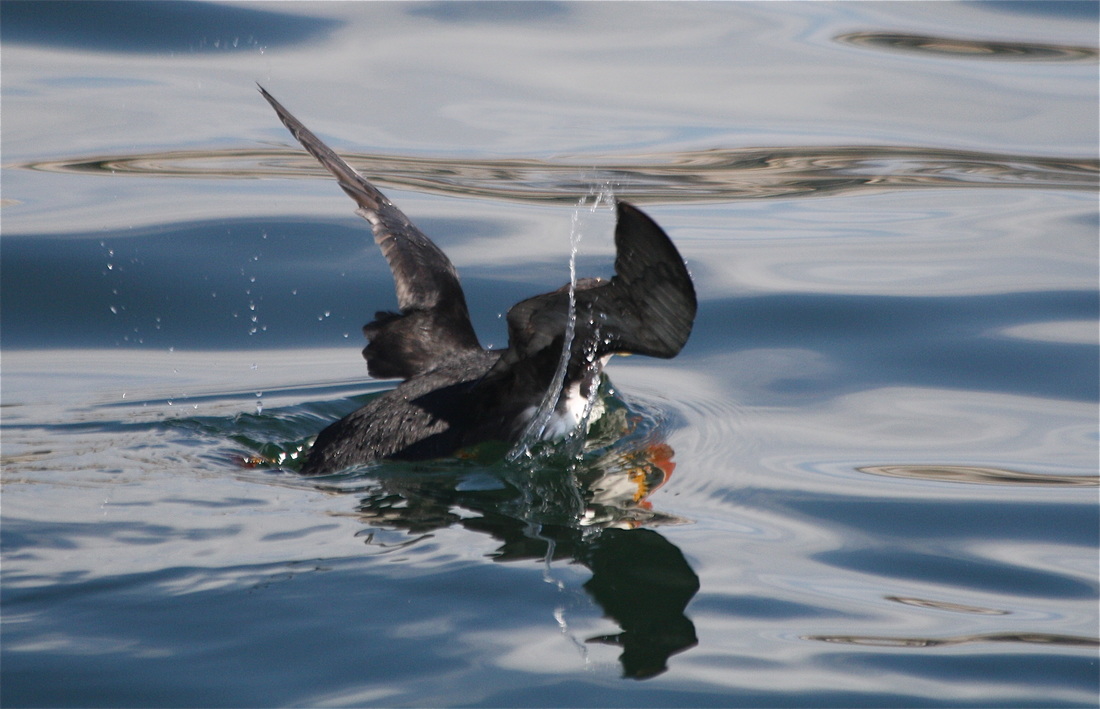 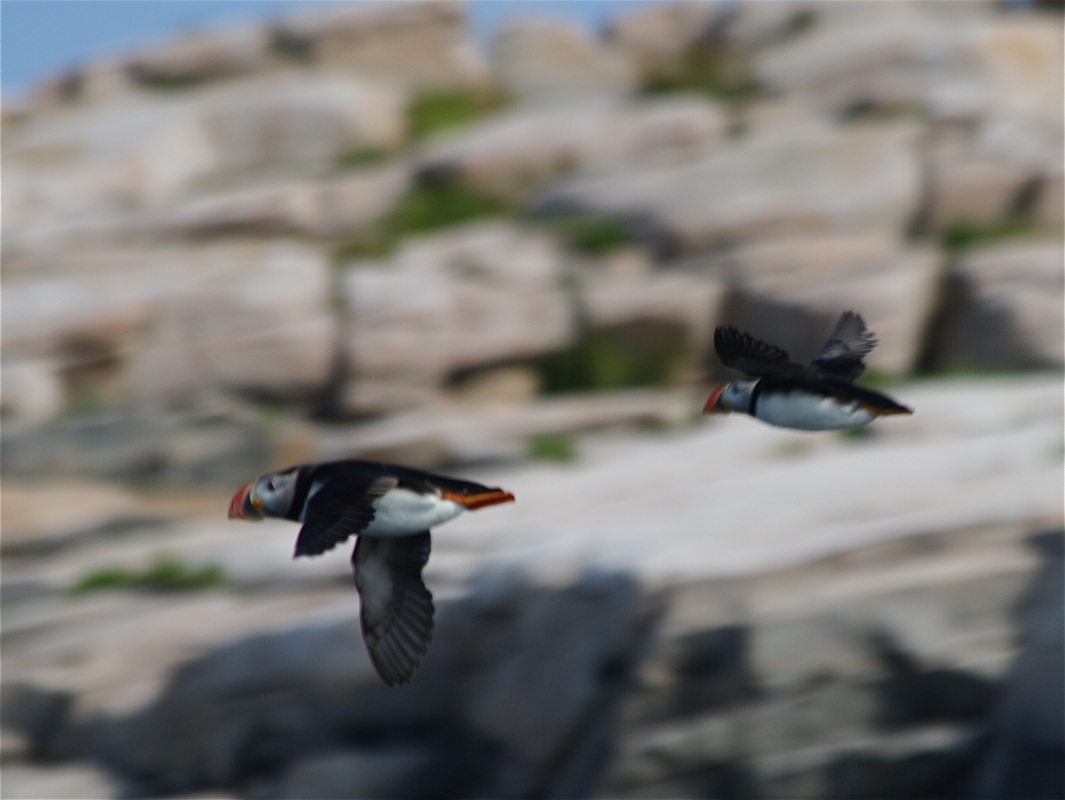 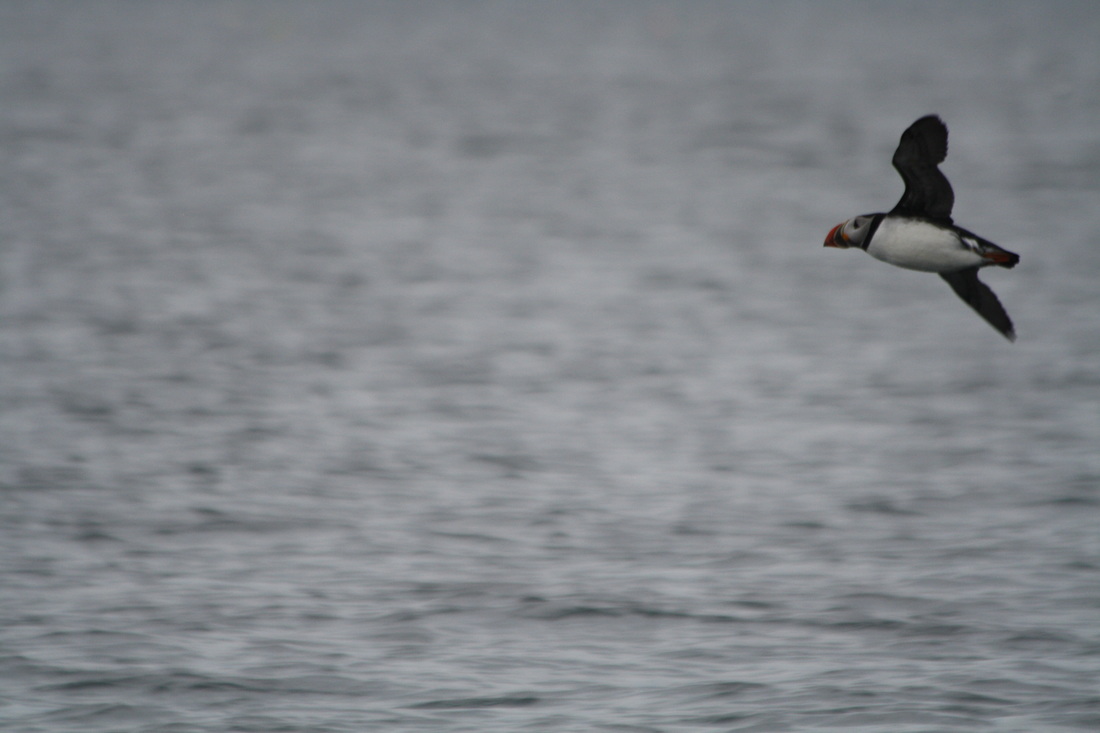 They like it when its windy, (their flight gear is a compromise, used to dive as well) 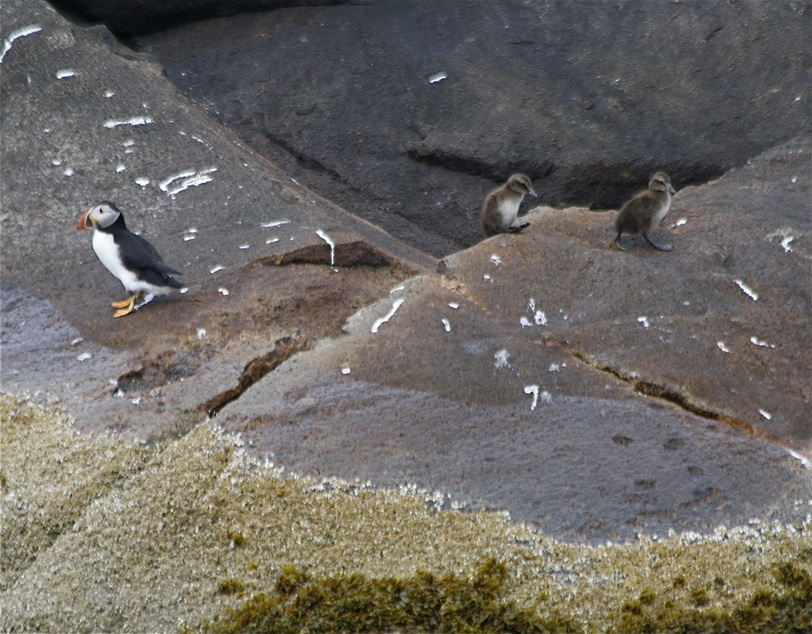 Puffin and a pair of eider ducklings, that's not our mother. 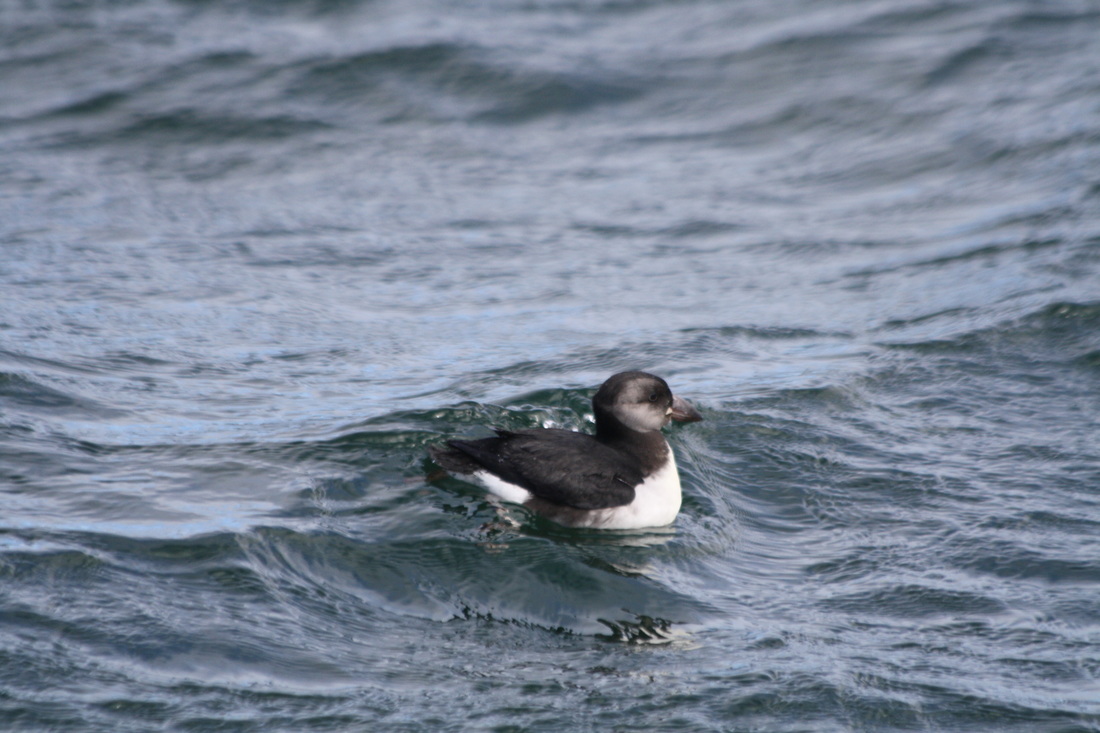 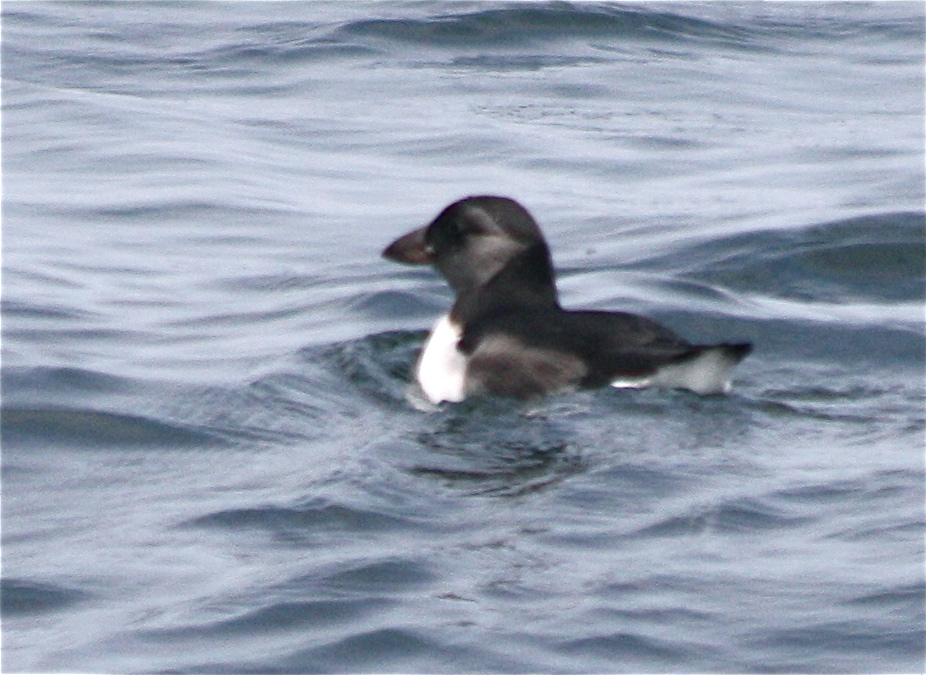 Fledgling Puffin,  in the bay